As I wrap up the last nine posts (I may go over 3000 for good measure), I perused the stats that Blogger provides. Interestingly, over the last 10 years, QuiltsFromTheHeart has had over 537,000 views. Some posts received 5K, 10K, and one, over 25K views! I never knew until I looked this stuff over.

However, during my first year in 2011, and according to Blogger, I did not have any views. I'm not sure what analytics they are using (perhaps folks had to sign in?), but I did have readership (or at least that's what my family told me). Apparently, readership picked up the following year.

What I've learned doing an almost daily blog is that I could do it, even after the gauntlet went down on me in December of 2010 by my brother-in-law, Don Tomoff. It was not a dare per se, rather an idea to pursue.

Reflecting back, I'm thrilled that I took the bait. I dove right in. That first year I did not miss one single day - 365 posts, thankyouverymuch. I've learned more about myself, and about writing, than if I chose not to do it at all. I further believe that all that blog writing helped catapult me to start writing a book about Ryan's and my family's cancer journey in 2016. This eventually led to The Focused Fight, fittingly published this year.  It's an accomplishment that I am very proud of and very thankful to all those who helped me in the process. I could never have done it alone. THANK YOU to all who helped me along the way in that wonderful journey! 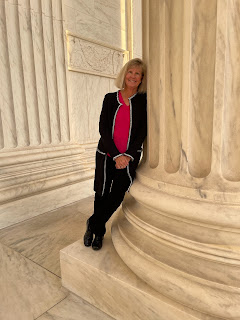