The Lady in the Soccer Suit - (Continued)

One kid from the opposing team took a shot from 40 yards out (keeper still way out of position) and launched it over his head and into the goal. Score 5-1. About five minutes later, another kid took a stab at a long ball and scored from about the 35 yard line; once again, over the keepers head and into the back of the net. There was no fanfare with the opposing team. They set back up quickly for the restart in the middle of the field. Score 5-2. The home team coach was still cool with the score, and did not say much to his team, thinking they could keep the lead. Ten minutes later, another launch from the opposing team and the score now: 5-3.

It was at this juncture that the coach from the home team got up from his chair. He started to shout to his players, especially the keeper to stay on his line. Well, as with any teenagers, I think this kid wasn’t going to listen to the coach and continued staying outside of his box, leaving a huge gap for anyone from the opposing players to score from just about anywhere on the field. Guess what? They punted in another goal: Score: 5-4.
The home team coach now began screaming at his players to step up their play. When I looked at my watch, there was less than 8 minutes left to play. Four minutes later, the opposing team shot a rocket into the goal and tied it up at 5-5. Everyone was on their feet now; parents, coaches and all the players, including both benches. I signaled to my crew that they were doing great with a thumbs up. We needed to be cool as there was only a few minutes left.
When the time wined down to one minute left, there was a hush over the field.  The opposing coach said the magic Spanish word to his player who launched the winning goal with seconds of time expiring. The crowd went wild! I called it a Disney goalllllll!
In a 35 minute half with 6 goals scored, the average length of time between them would be about 5-6 minutes. In effect, that’s what the opposing team did. Their coach never yelled or screamed at his players, but instead, had out coached the home team’s coach in a huge win and I’ll-never-forget-it kind of way.
That day was a great day for soccer. I don’t think I’ll ever forget it; or the two AR’s that worked with me that beautiful Saturday afternoon.
As a side note: as impartial the referees need to be in any game, I was secretly hoping that the opposing team would make it a good game once they started scoring. I was also happy for them when they came out of that match with a win. They sure earned it fair and square!
bSoleille!
Terri 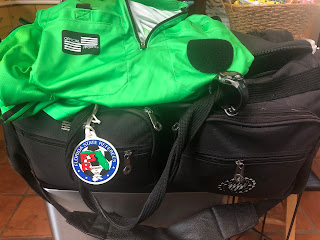