While taking a couple of selfie photos this past week, and then viewing them on the phone, I could not help notice two photos side by side that looked like something that could be photo-shopped, but wasn't. It was serendipitiy instead, with me taking one while I was on the exteme right of the screen, and "The Best Daughter" on the extreme left of the screen, in succession. So I took a screen shot of the several photos in that time frame and cropped this one out of the bunch to illustrate the "split screen personality" that fell out of the frame. Kind of a cool shot when it was never expected! 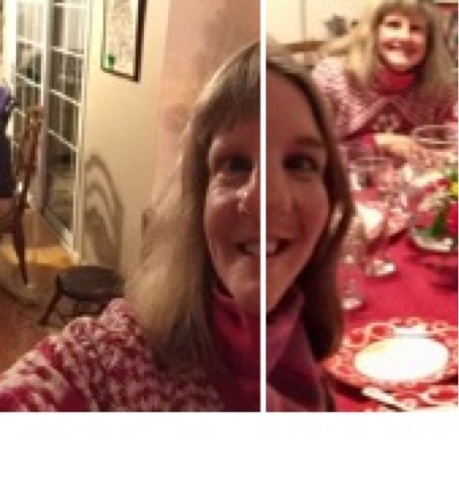