It has been six weeks since Ryan's last tongue surgery, and tomorrow he has the "second part" (due to depth of last tumor) for lymph(s) node removal on the left side of his neck. It isn't easy or pretty, but it must be done. And Warrior Ryan, we hope and pray, is ready for the battle, and then the battle of recovery. This past weekend he chaperoned the bus ride to Special Love's (Camp Fantastic) Ski Weekend in Front Royal, VA and Bryce Ski Resort. He does not ski, board or tube, but he enjoyed the company of his tribe and drank lots of hot chocolate by the fireside at the lodge. He was definitely distracted and that is a good thing leading into tomorrow's surgery! I am thankful for that for sure!

As a family we feel honored and blessed by the good thoughts, positive vibes, and prayers of wellness and healing bestowed on Ryan and all of us beginning last May of 2016; then throughout the year, and now leading up to Monday, January 9th, 2017. Once again I ask for those same positive thoughts and prayers for Ryan, the surgeons and the entire medical team at the University of Maryland as they operate on this cancer warrior for the third time!

My photo of Ryan and his recent purchase of the puck display cabinet. In it holds lots of NHL hockey pucks signed by many of his favorite players through the years, and is one the teams "biggest fan"! He will be cheering them on each and every game as he heals and recovers.... 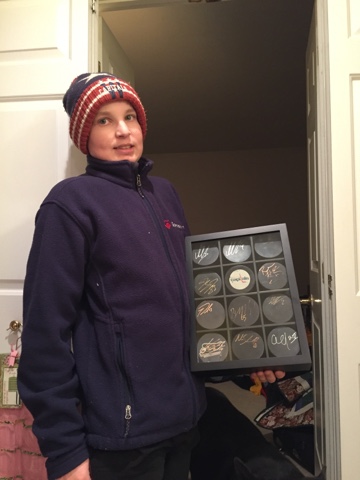 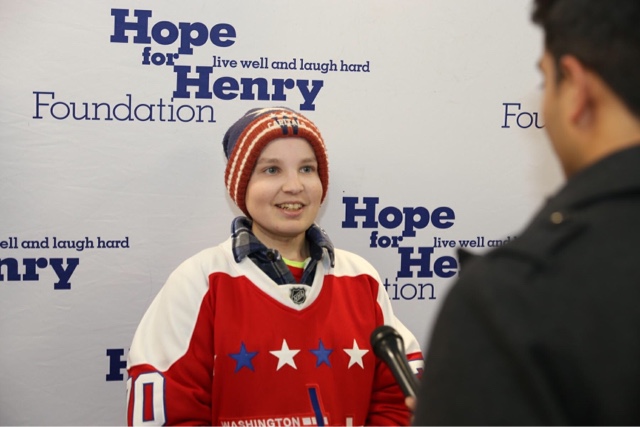 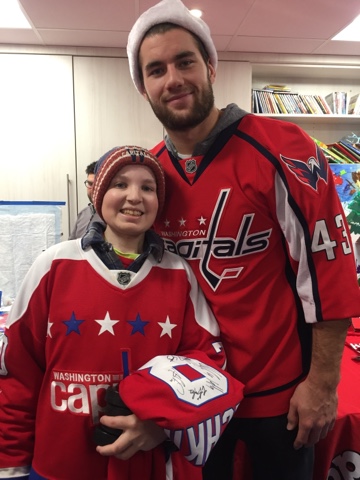 Terri, I am thinking about you and your family today, hope all goes as better than expected. Hugs to all.