Last Day of the January Skies

I have made several posts in the last few years about the January skies, and how clear and brilliant they truly are, especially the sunsets. But as I was taking my last 2017 January sunset photo, I looked up to see the beautiful waxing crescent moon along with Mars (directly North of the moon and somewhat faint), and the brilliant "star" AKA Venus (East of the moon). This was exactly at sunset on the East Coast or 5:26pm.  A big shout of Thanks to John Koz helping me to identify the two planets! John also mentioned that if you look through a telescope Venus has phases as well, looking like a crescent moon too. But I don't have a telescope and was only able to view this super bright "star" with my own eyes! I did finally find my binoculars (thought they were in that black hole!), but the scene clouded over a bit, and nothing would have worked to see the Venus crescent later this evening. Maybe tomorrow? I'll check it out if there are clear skies....move over big dipper!

BSoleille! The bright side of clear skies with super bright "star" planets!
Terri 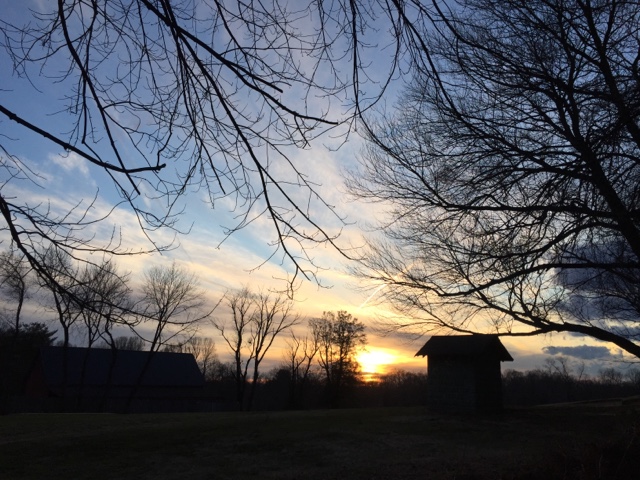