If anyone is a fan (or not, but can be this week) of European soccer, you are getting your money's worth the last couple of weeks. The fast and furious beautiful game was spread out across Europe in the UEFA Championship Cup 2020. The bracket play was terrific leading up to today's semi final match. England beat Denmark 2-1 to advance to the final on Sunday against Italy. Italy beat Spain two days ago in Penalty Kicks after playing 1:20 minutes of futbol. The England vs. Italy match is going to be epic!

On the homefront, a trip to Audi field tonight to see the DC United WIN over LDA (Liga Deportiva Alajuelense - top tier of the Costa Rica futbol league system) in the inaugural Capital Cup was outstanding. It was 90 degrees at kickoff—hot on and off the field—with all the players running and passing like champs. DC United won 1-0 over LDA on a restart.

It looks like those European teams are gearing up to qualify for the World Cup in 2022. Tiny Qatar will be hosting it. It would be great if the USA can qualify (they missed it in 2018).

BSoleille! A Big Shout of Thanks to Karen and Dale Ewing for tonight's match! 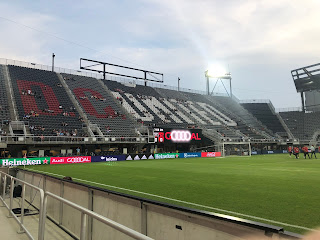 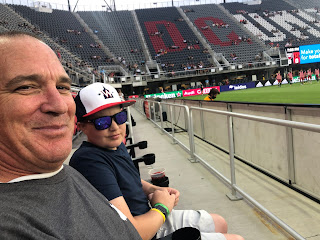 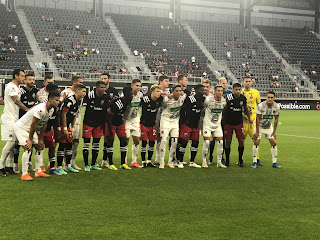