I know I am posting on Saturday, for Friday, but "Black Friday" was more like "Sunny Friday" (here in the mid-Atlantic) with a little shopping, a lot of family time and ending the day with Blue Crabs at Cantler's in Annapolis. I do have to interject here, though, that I am more of the "opting outside" gal, but the "little shopping" brought a whopping surprise for me.

For the record, my son Ryan "quit" wearing denim jeans when he was 18 months old. That is absolutely true, and he "threw a fit" if I/we tried to wrangle a pair on him while getting him dressed as a wee toddler. So we "quit" too, and soft sweat pants or shorts (and hospital gowns) were it for him for a very long time. Ten years later, when we was 12, he was cast in the ensemble of his middle school musical, Oklahoma!  The director insisted that the ensemble wear denim jeans, so Ryan reluctantly wore the two pairs of "Goodwill" jeans I got him to wear for the play for two or three consecutive weekends. Once the musical was done, the two pairs were donated back to Goodwill.

Now eleven years later, with the influence of smart and good looking cousins, Ryan ventured into a popular store (with clothing that is age appropriate and fits great!) yesterday to slay off all denim demons he may have had and purchased, not one, but two pairs of denim/chino pants. I was floored (maybe a bit shocked as well), and, thankfully, he wore them out to dinner and looked great! Hopefully he will wear them again... 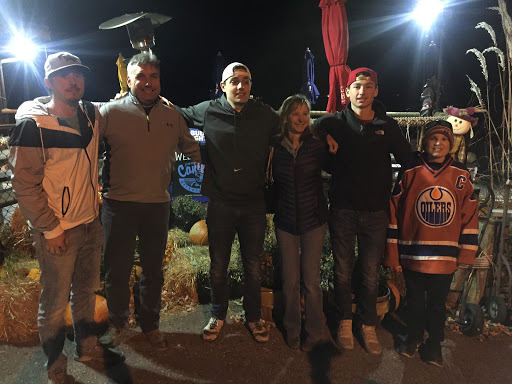