Soccer Referreeing was the top order of business today with 5 games in about 6 and 1/2 hours in glorious sunshine and around 75 degrees. They were typical rec games encompassing boys (and girls on boys' teams) age groups from U7 through U14's. Everyone was pleasant; from the coaches (who ultimately set the tone), to the parents and then down to the players.
But what I'm thankful most from today is a comment I received from one of the players as we were walking off the field after a game. He looked up at me and asked me if I will be referreeing all their games. When I delicately said, "probably not, but it is certainly possible I may be back", he responded that "he hopes I come back because he thought I did a nice job"!  He was probably 10 or 11, and I do not think his team even won the game but I felt his comment was sincere (I'm sticking with this), and it made my day!!!
BSoleille! The bright side of "out of the mouth of babes"!
Terri 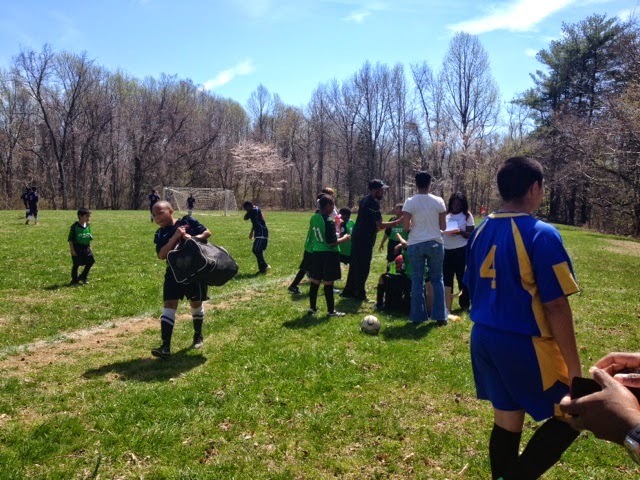