Run For The Money

The very first road race (running) I ran was the Playboy’s Run For The Money at the old coliseum in Richfield, Ohio. I was 15 years old.  It was a five mile race and an “older” woman in the neighborhood (she was probably 40 at the time) invited me and a couple of friends, who also ran, to go with her to the race. We were all friends with her son (who did not run, ironically), as she did not want to go by herself. At the time she was just getting into the running craze in the 1970’s.

On our drive out there (about 40 minutes), we discussed “strategy” of the race as we were all first time road racers (and very nervous. We ran cross country, but most races were half the distance at the time. I really had no clue what to do until she asked me my best mile time. When I mentioned around 5:30 or so, she blurted out to run 6:00 per mile...and that’s exactly what I did. I ran the race in 30 minutes flat, which is by far, the best time I ever ran at that distance.

A really good runner in the area who was a year older than me at the time placed first overall for women, and I was second or third. But...I won my age group and have kept my Playboy award all these years later...along with the tshirt that has its own “story” I will write at another time. 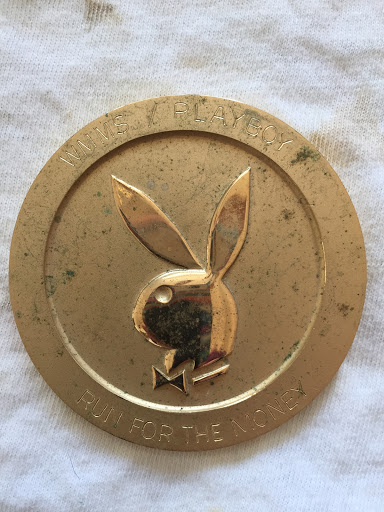 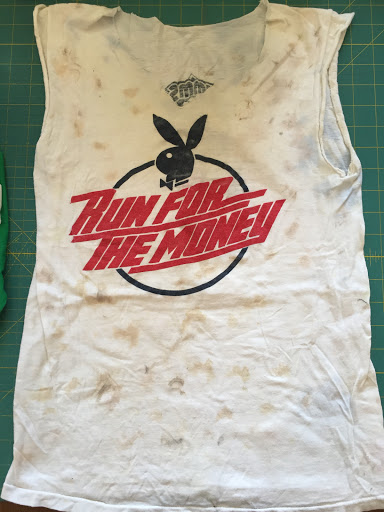 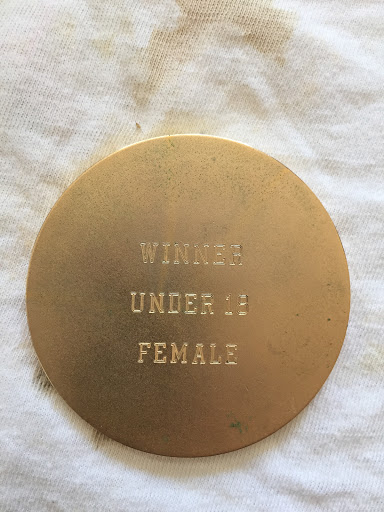 That is so cool Terri.