JMU Dukes Take On Navy under a Full Moon

I am very thankful that my day was full of renewal of "old" friendships from "The Best Daughter's" college soccer playing days. It was not that long ago she was dressed as a Duke in Purple and White (and sometimes gold) trying her best out on the pitch with 10 other gritty teammates holding out for a possible win.

So when "TBD's" college roommate/teammate's mother (Darcy Miller) texted me yesterday that she will be going to the JMU vs. Navy Women's Soccer game (her daughter, Haley Miller is one of the assistant coaches), I "dropped" everything to make it happen. Lunch with the team, Coach Lombardo and his wife Joanie, was the first order of business. It was great hanging out with the 2017 team for a short while, then left to referee a boys high school game, and lastly, headed back to the Naval Academy for the 7:00pm start (and joined by husband Bill and son Ryan to boot!).

Unfortunately, JMU lost 2-1 to Navy, but the spirit of play, fans from both teams,  and being on the stately Naval Academy grounds, mind you, all under a beautiful full moon, was truly spectacular!

BSoleille! The bright side of cheering for your favorite team as an "alumni' parent from your kid's university!

Photos from the game; Coach Dave Lombard (28 years with the Dukes!); and with Darcy Miller 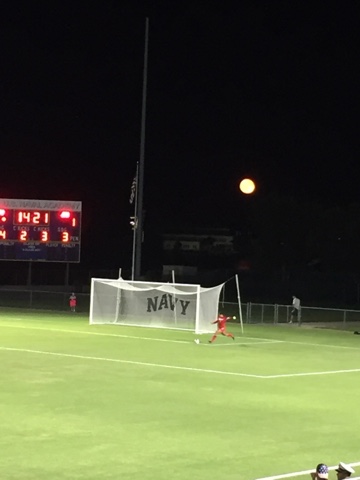 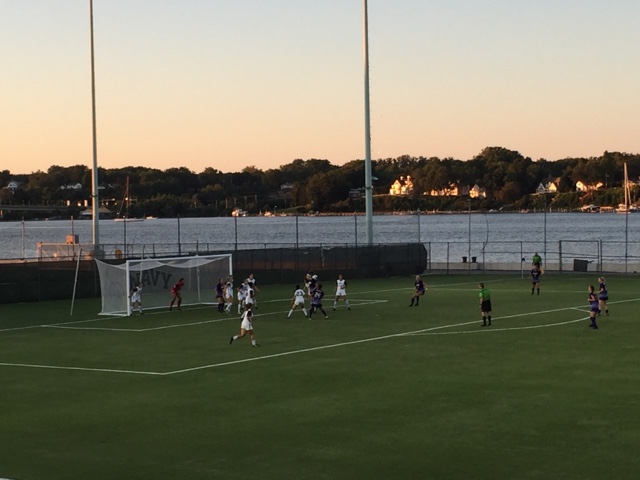 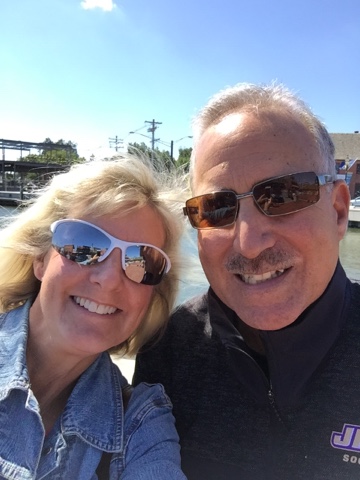 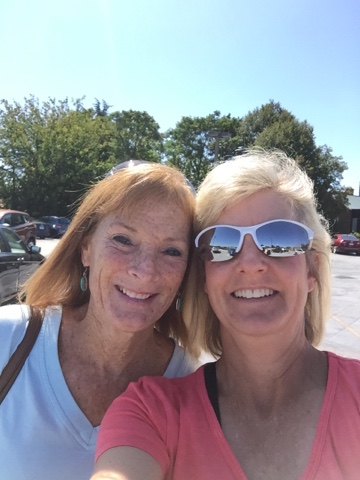