Once again, 40 years of life melted away when Jim Lack and I conversed recently. I feel so grateful to have these precious moments to reconnect with not only a classmate of mine, but a renewed friendship; through the years and miles that separate us, that never really mattered.

One of my biggest takeaways in with talking with Jim is that he is a huge family man; and that is due to his upbringing, and what he gleaned from his own Dad while growing up in Old Brooklyn in Cleveland, Ohio. Jim was born to Fred (deceased in 2016) and Antoinette (deceased in 2011) Lack in 1962. His three older sisters; Linda, Patty and Diane, were also Rhodes High graduates, but his baby "big" brother, David, graduated from John Adams in 1984 due to busing. They grew up on W. 51st Street, which is still a red brick street - if you are from Old Brooklyn, you know what I mean) and about a half mile away from Rhodes HS.

When I asked Jim about his childhood, he said it was good, even great at times, but let's not lessen the  fact that all seven members of his family "shared" a home of 850 square feet! I can't even imagine that, and I thought 900 square feet shared with five people was a bit crowded.

A sensitive Jim revealed how close he was to his Dad while growing up, and that they secured a very strong bond to each other from a young and tender age. His fondest memories of he and his Dad were on Saturday mornings when his Dad would announce to Jim to get ready because they were "going bummin." This involved Jim's Dad's love of driving out into the countryside, special landmarks, the flats and downtown Cleveland, or anyplace that Jim's Dad was able to share the history of his beloved city - inside and and out, and, according to Jim,  that "history" was according to Jim's Dad. Jim loved all of it, and these outings made a huge impact on his young life and the gentle manner he bestows today.

Although Jim went to two different elementary school (Mark Twain and Memphis); we met up in junior high at Charles A. Mooney, and then JFR. Another sports lover and player; Jim played basketball in 8th and 9th grades along with Track&Field at Mooney; and played basketball, baseball and football at Rhodes. He loved his high school years (claims; "he had a ball"), especially playing sports, but really loved baseball and had been playing that sport since age 9. Jim stated he took "hard" classes every year except his senior year, and if he had the chance to do it all over, would continue with those "hard" classes (i.e. physics, chemistry, calculus.)

After graduation in 1980, Jim earned a Liberal Arts degree from TriC (Cuyahoga Community College), but jokingly referred to those times as some beer drinking thrown in the mix as he was more concerned what was happening after class than what he was learning in class.  Oh, to be young again, right? Once he decided to take the next quarter off, and then another quarter off, earning a four year degree slipped away from him. But, never fear, Jim jumped into working in the Cleveland area; mostly working as a warehouseman for Seaway Foods in the early to mid 1980's. By 1984, he had the realization that he could no longer work like that for the rest of his life, and decided to make a change.

Jim acknowledged that he has always had an interest in flight, airplanes and the military. So, he made the  bold decision to talk to an Air Force Recruiter (Cleveland office) and signed right up in the fall of 1984. However, at that time, there was an option to have a delayed entry and Jim took advantage of that; entering and starting his service in March of 1985.

Thinking back, the mid 1980's happened to be the start of the computer age; most notably with the PC (and Apple PC.) It was the dial-up system then and not very "efficient", but still very compelling to many. Jim revealed that he took all the tests, including the aptitude tests provided by the Air Force where his results indicated he had the aptitude for electronics. Jim said he was thrilled with the results, but really wanted to work in computers with the Air Force. However, since those (very few slots) were not available, his recruiter guaranteed he could get Jim into the electronics programs they already had in place.

During his six weeks of basic training at Lackland AFB in Texas, everything went well, including obtaining his number one choice after said training - working in computers! His nine month training in computers took place in Biloxi, MS, and Jim never looked back. He said he loved being in the service, and finished his five years in January of 1990 at Eglin AFB in Florida (and near his favorite place on Earth - Destin, Florida.) Maybe the timing was good, or bad, in leaving the service at that time, depending on how one looks at the August 1990 invasion of Kuwait by Iraq. Jim's unit got called up, but he had already stepped down and fulfilled his tour (but would have liked to be with his unit who trained day in and day out for that exact scenario!) And knew the Middle East a bit (Saudi Arabia) for a three month deployment.

Instead, Jim returned to Cleveland, Ohio, to his wife, Barbara, and began working for a short stint at Xerox. Due to Jim's excellent grasp of computers, he left Xerox then worked for 12 years as a field technician for Intergraph, a company out of Huntsville, AL. By August of 2002, he got out of the hardware business at Intergraph, and "luckily" got a great job with the Rocky River Public Library where he still works today as a Technology Support Manager. I asked him if he checked out lots of books, and he replied he does on occasion; he liked non-fiction, technical journals, and anything airplane related.

As I mentioned, Jim is a family man through and through. He met his wife, Barbara, who hailed from North Olmsted, OH, on a Friday; November 13th, 1981, at a house party. They hit it off right away, and starting dating. Jim knew she was "the" one. They got engaged while he was in the service, and were married on June 6, 1986. Jim gave all the credit to his wife and her stellar planning of their wedding, and sheepishly remarked that he planned the Honeymoon in Bermuda. I'd say they are a great team, don't you?

Their first daughter, Brandy, was born in 1991. She graduated from Miami of Ohio (International Relations), is married to Paul, and they have a daughter, Brooke, (and Jim/Barbara have their first grandchild), born February 7, 2020! Their second child, Jordan, was born in 1994 eight weeks premature and with a chromosome disorder. According to Jim, he's a great kid, even though he has limited verbal skills (knows ASL), but they know what he likes and what makes him tick at every turn. Jordan loves the water, is not afraid of any ride at Cedar Point Amusement Park, and has been his sisters greatest cheerleader through all of their sports. He's included in everything, and makes this family smile and laugh through thick and thin! Their last child, Bailey, was born in 1998. She graduated from Akron University with a Marketing Degree, and is a track star. She has done extremely well as a Zip on and off the track and currently works for an utility company in NE Ohio.

With a busy family of three kids, Jim and Barbara were always on the go supporting their kids in all their activities (and Jordan's therapies when needed.) Barbara currently works, and loves, her garden department job, at Home Depot, and previously worked in offices and as a "stay-at-home-mom."

Jim Lack, a blue loving guy who says his wife is the single most person that changed his life, is happy and content and lives in Brunswick, Ohio. His guilty pleasure is candy (chocolate); and he loves to make people laugh. I think this may come off his "superpower" of entertaining his kids because he was proud to say, they are the greatest gift(s) he has ever received. His "no fail motivational song" is Standing on Top of the World by Van Halen. I'd venture to say, Jim is standing on top, especially with a loving wife and wonderful family he so proudly discussed with me.

Lastly, obtaining a private pilot's license is still on Jim's bucket list (I really hope he goes for it!), his favorite movie is: It's a Wonderful Life and what the world needs now is for people to get along. Jim is sending the world more positive vibes, so let's all join him in this endeavor!

Photos below provided by Jim 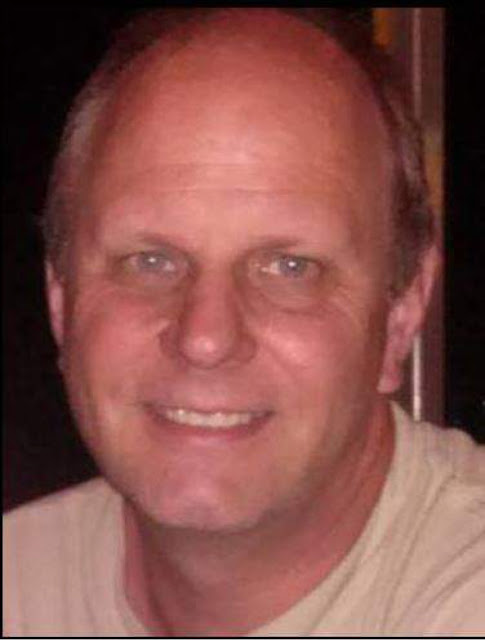