Excitement abounded with the Ewings and Tomoffs heading into DC this evening to cheer on the DC United MLS team "friendly" vs. Real Betis (team from Spain) at the new Audi Stadium (near Nationals Park). We've got to hand it to the MLS (Major Soccer League) and their respective teams building dedicated soccer stadiums for  soccer fans around the country to enjoy! Every seat is a great one and the game was action-packed from the tweet of the first whistle.

Unfortunately, DC United lost (5-2), but the crowd was respectful and the atmosphere electric enough for a Wednesday night game. The biggest crowd pleaser was a goal scored by 16 year old (homegrown player) Griffin Yow from the DC United squad and local kid from Clifton, VA. The future looks bright for this young man on the pitch, and hopefully will stay connected with the United team for a long time ahead!

It was a perfect night; with a good temperature and no mosquitoes that made the game, the company and the drum playing by the American Outlaws (unofficial supporters of the men's and women's national teams) a resounding success! Shout of Thanks to Dale and Karen Ewings - soccer aficionados bar none! 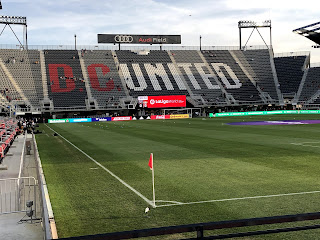 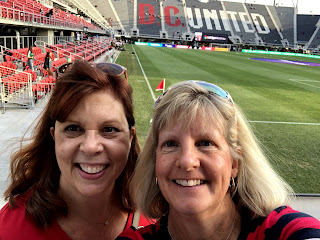 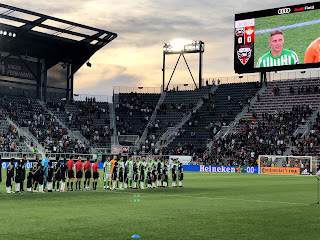 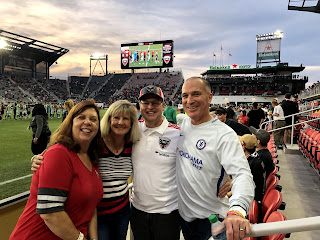