Early 1980's; Reagan is President, breakdancing is in the streets, and we all went to the movies to see Ghostbusters. The happenings also included: "Tear down that Wall" (East and West Germany became one once again), Madonna and Michael Jackson were the queen and king of pop and a new generation of "preppies" were created to "have it all".

So I found this family photo while cleaning up some things and wanted to share. I'd say it was early 80's (Annette, Mom, Kimberly, Dad and me). 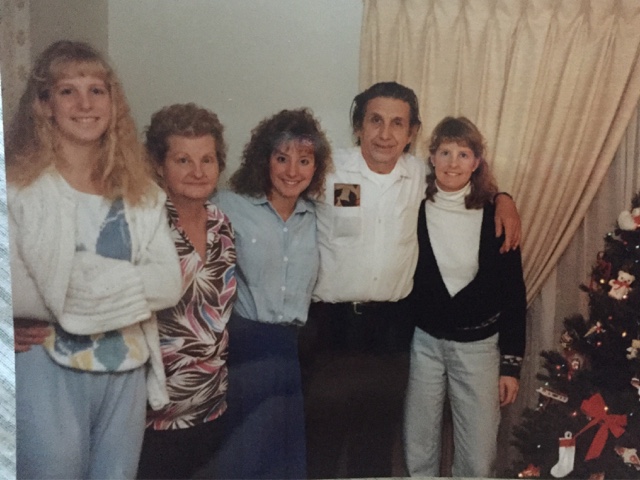