Our day in the Big Apple began with a "private" tour of the 9/11 Memorial Museum, or the very sacred burial ground of close to 3000 innocent lives. If you have not been yet (opened in 2011), I believe it is a "must do" even though it's quite emotional and brings everyone back to that very day when our entire world changed forever.

My friend Patti met Joe, a survivor from Tower 2, in her travels to New York City, and that is who led our tour today. I was/we were honored for him to come into the city on his day off (he's retired but works part-time at the museum), to quietly take us around and share tidbits and stories of other survivors, several folks he knew that lost their lives that day, and the thousands of firemen, police and first responders who tried valiantly to save lives.

It was a moving account of that day and those 102 minutes of sheer terror when four planes crashed and rocked our world. I must admit, it was a lot to take in, and Joe truthfully mentioned that a lot of New Yorkers refuse to go into the museum since it's still to raw for them...even though it's been 18 years since that fateful day. Actually, it's all that powerful and poignant at the same time.

Interestingly, we noticed that there are people that come from all over the world to see this memorial; and hardly heard English being spoken throughout the entire museum. And no matter which corner of the earth the museum's guests hailed from, I am thankful to report that everyone seemed humbled and respectful with seeing all the exhibits and knowing how truly sacred Ground Zero really is.

Photos from our morning with Joe 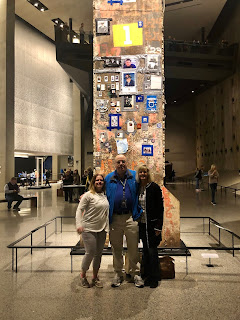 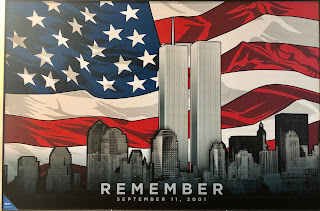 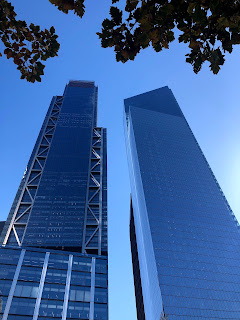