While on an "excursion" in the northern part of Ethiopia, my guide had to "hire" a driver to take us out about 50 miles to the cave rock-hewn church. It was a longer drive than expected due to the road(s) that are not all paved, or several animals in the way as well as people, so it's kind of a tough drive (at times I felt like I was in a video game). Thankfully, our 19 year old driver did very well in navigating the roads, and I figured he had driven this particular road many times for various tourists since he got his driver's license. And since not many own cars or vans, this young man worked for someone who owned the vehicle and therefore most of the payment went toward the owner of the van, not the driver.

However, knowing that little tidbit enabled me to give him an extra tip (like 100 birr, or $4), but once I jumped out of the van, he noticed a small orange harbinger hanging from my backpack and asked me if he could have it. At first I was confused (his English was good, but with an heavy accent), wondering if he was asking me what that was (the harbinger). Apparently he knew, because in perfect English he said he wanted it for his keys. I never hesitated, and took it off my backpack and handed it over to him. I do believe he liked this small "gift" more than the tip, and it just reminded me...it's the "little" things that make the difference! 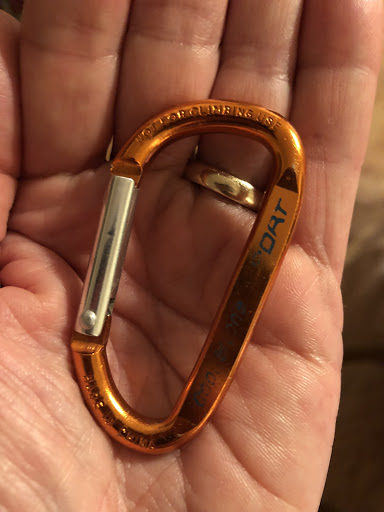