Jarvis Kuo, 43, is one of the most positive persons I know, and he has an incredible story of being a long-time child cancer survivor compounded with other life-threatening events (heart attack and stroke most recently) and still chooses happy!

Let me start by revealing Jarvis comes from a large Chinese family (Cantonese), and he is the baby of five kids. When his parents wanted a better life for themselves, and ultimately their children, they emigrated from Shanghai, China to Hong Kong, and then finally to the United States on 8/4/1985, settling in Norfolk, Virginia. His Dad happened to be a merchant seaman and settled in Norfolk about 10 years prior to when Jarvis, his mom, and 17 year old sister immigrated. The second wave of  siblings came 14 years later in 1999 because they were all over the age of 18 for the initial wave and could not obtain visas to get into the US in 1985.

Thankfully, his parents had a good friend that had a successful Chinese restaurant in Norfolk, so that is where they both worked, lived and raised their family. Everything was going smoothly for Jarvis and his "partial" family unit in the States until he was diagnosed with childhood cancer - Osteosarcoma (tumor in the bone) in his right leg on 1/20/1986.

Jarvis reported that his parents spoke no English, and he was only slightly ahead of them in learning the language initially, so he had no idea that it was cancer that was affecting his right leg. He said he was placed in the 5th grade upon arrival to the USA, and picked up English fairly quickly by watching TV, but really it was watching cartoons that his fluency kicked in. He then remembered his mom trying to explain to him that he was going to have his leg amputated  two weeks before it happened in March of 1986 at Children's Hospital of King's Daughter in Norfolk, VA. Can you even imagine the panic, for Jarvis, and his whole family?

By August of 1986, there was no way Jarvis was even remotely "healed" from the leg amputation and the chemotherapy, but somehow, someone convinced this grateful 10 year old and his non-English speaking parents that he "must" go to camp...a camp that changed his life: Special Love's Camp Fantastic! Jarvis fondly recalled that his English speaking skills were not up to speed, but that it never mattered at camp. He was just like all the other kids, and his counselor, Dave Smith, was best gift Jarvis could have received. Dave Smith practically "carried" Jarvis figuratively and literally around that 4H Center all those years ago. They have a deep bond that continues to this day, and Jarvis is forever grateful whoever recommended that he go to camp in the first place! He also mentioned that he cried his eyes out that last day because he did not want to leave; he was having that good of a time...and did not speak a lick of English to boot!

When Jarvis was 12 years old, he managed to go on his Make-a-Wish trip to Disney World, and loved every minute of it. Once back he settled in and continued his schooling, his "new normal" with one good leg, and looking forward to Camp Fantastic each summer.

In 1993, an all grown up Jarvis graduated 5th in his class at Lake Taylor High School; "smartypants" is what he called himself during our conversation. He then went on to Old Dominion University where he graduated with a degree in Human Science Counseling in 1997.

Jarvis has worked since he graduated. His first job was with Eggleston Services; then the City of Portsmouth, and now for the UPCenter (though on FMLA currently). He has loved all his jobs and is delighted and honored to work in the field of intellectually disabled humans (he has a brother that it intellectually disabled as well).

Again, life was sailing along for Jarvis, and by 2012-2013 had a girlfriend named Sarah (a nurse) and a swirling romance was blossoming. However, on 5/10/2013, Jarvis suffered a totally unexpected heart attack. They were home and Jarvis told Sara that "he did not feel right". When she left the room for a few minutes, she came back to an unconscious Jarvis and performed 15 minutes of CPR until the ambulance arrived. He said he was literally dead, and he was shocked several times to gain back some heart rhythm as they speedily got him to the nearest hospital. He was placed in an induced coma for four days, and once out of the coma, he proposed to Sarah and she accepted! Love even with one "bad heart". But wait...

In May of 2015 the doctors all realized that Jarvis's heart was in very bad condition (due to his chemo as a child) and he could no longer stay at home. His heart function was at 10% and declining. They delivered the news that he needed an heart transplant and immediately began prepping him for this life-saving "rescue". Now, one could get down on themselves about this, but not Jarvis. No, he went full steam ahead with a band of brothers, friends and family, his wife Sarah, and a plethora of warriors to get him through this terrifying procedure. His new heart transplant was on 8/4/2015 which is also his "new birthday",

He was hospitalized for three and an half loooong months. I asked him how he persevered, and he replied that he is a CAT...and has nine lives (but loves dogs, and missed his terribly while in the hospital). But that's not all...

Life went on once again, and Jarvis, gratefully, was able to return to work to a career he loves.

Then another shoe fell, and Jarvis woke up with a stroke the morning of 8/28/2018 (a month ago). He said he simply could not see and called his sister to take him to the hospital. (he and his wife divorced in September of 2016). The MRI showed a "large hematoma with hemorrhage". How can one person take all of this I ask?

Jarvis is currently in recovery mode, and cannot drive due to no peripheral vision on the left side of both eyes. This guy is one tough warrior, don't you think?

For this yellow loving heart of gold soul, who by way takes over 30 pills per day, draws tremendous joy in helping others. He loves to joke around and put smiles on faces of everyone he meets. He mentioned that since he cannot drive, he has taken a liking to cooking, and now tries an cook for others when he can.

Jarvis also described that the organization of Special Love has carried him through the most tumultuous moments in his life; and that he's fighting now to get back to snuff to work the camps, volunteer at weekends and help make the Special Love "family" what it is for so many. He said he can never repay what Special Love has done for him, because it has enhanced his life beyond measure. The love there is how life should be, and he is the embodiment of what that camp and group of people are all about!

Jarvis is an inspiration to many, and our family has known him over 18 years, and are in awe of him and what he has gone through, I hope you are too!

BSoleille! Please help me with #CelebratingOthers with Jarvis Kuo and his WINNING LIFE ATTITUDE! 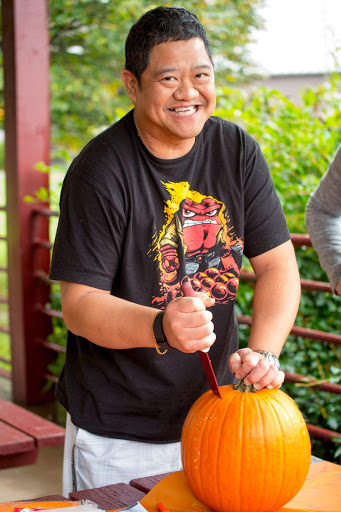 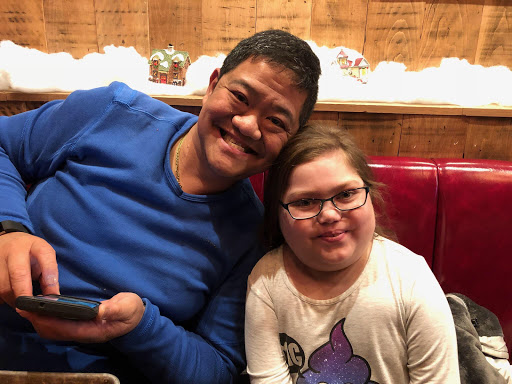 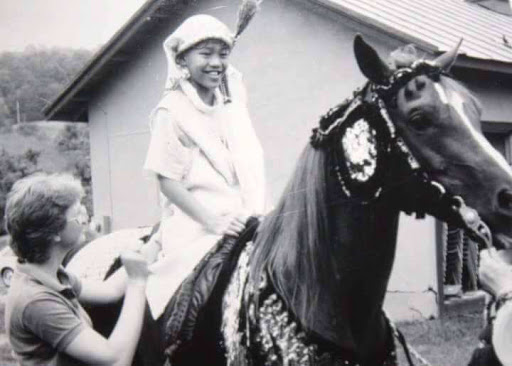 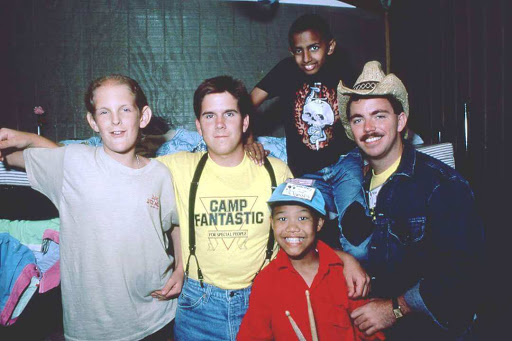 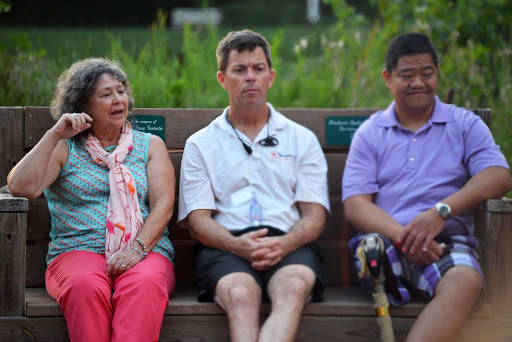