What a breath of fresh air it was interviewing 15 year old Ryan Darby; who just so happens to be "The Ryan" in the kids triathlon - JUSTTRYANIT. https://justtryanit.com/ Incidentally, my family has volunteered the past few years at this event right along with Ryan Darby and his family. They have a huge network of friends, along with the racers in each event in raising funds to help families financially when childhood cancers wreak havoc for far too many kids and their families, and Ryan LOVES to help other kids! The kids are Ryan's inspiration after all!

Ryan articulated that he was diagnosed at age six with ALL "B" Cell (Acute Lymphoblastic Leukemia) on 12-23-2009 at Georgetown University Hospital. The devastating diagnoses two days before Christmas certainly created panic and anguish, not only for Ryan and his parents, but also his two brothers, Brennan, who was nine years old, and Sean, who was three years old at that time. Can you even imagine? But Ryan says they were "lucky" because they had an amazing support system from their community and his parents' many friends and family that took care of "everything for them." And from all the caring from folks near and far, they noticed others in the hospital were not as fortunate, or "lucky", in Ryan's parlance. It was Mollie's running/tri group that brainstormed and came up with the idea of this incredible foundation in the spring of 2010, and to date, has raised close to 1.7 million dollars to help others!

This super friendly young man was born and raised in Bethesda, Maryland, to Chris and Mollie Darby, along with his brothers, and is currently a freshman at Walt Whitman High School (and playing sports; lacrosse, basketball and wrestling) . He confessed that his cancer effected everything, including the fact he had a difficult time eating, and that the drugs and chemo made him very weak. He said it was so bad some days that he couldn't get out of bed. He jokingly referred to that time as "house arrest."

I then asked him how his brothers were affected by his diagnosis, and he mentioned they did great and tried everything in their power to keep him safe. For example, they would change their clothes in the garage so they wouldn't bring foreign germs into the house, and went "light" on rough-housing that boys like to do...especially with three brothers. Thankfully, Ryan reported that his brothers never felt "left out" (of attention) despite his three and one-half years of cancer therapy due to all that love and community support, and I could tell, Ryan is very proud of them (and, they in turn, must be of him too!)

Interestingly, Ryan, who loves the color red, is a huge sports fan with basketball being his favorite sport. In fact, Ryan's Make-a-Wish was to be a Washington Wizard for the Day. It was a "dream come true" for this sport nut who met the team and his favorite player, John Wall; plus shot around in practice before the game; and then sat court side to cheer on his team! Excellent choice for the Wizard's "biggest fan!"

In addition to all the above, this super positive kid was selected as the Hyundai Hope on Wheels National Youth Ambassador for 2016-2017, and it couldn't have been awarded to a nicer kid. Ryan said he loved traveling around the country and meeting lots of kids in the hospital where he gave hope to young cancer patients and their siblings. Ryan felt wholeheartedly that every young patient he met can survive and thrive and that they will get better. I just love his positive attitude, don't you?

I am honored to share Ryan Darby's story during Childhood Cancer Awareness Month, and the fact this running-shoe-collecting (five pairs to date; favorite - Addidas Ultra Boosts) young man is going places; there is no doubt in my mind.

Lastly, this amazing Ryan is an inspiration for all, not just kids fighting cancer. I gathered from our conversation that his heart is pure gold. At six, he told me he realized so many kids he saw in the hospital did not have the support he had, and that he told his parents that he wanted to do something to help them. Well, Ryan, I'd say, you, and JUSTTRYANIT have certainly helped "them" and continue to do so each day!

BSolielle! The bright side of #celebrating others with Ryan Darby! Now, isn't this unquestionably a great human being and that we are all thankful for his vision in kids helping kids? 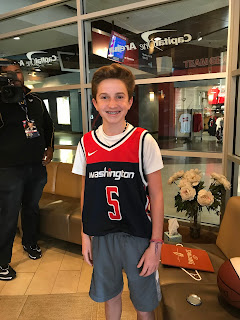 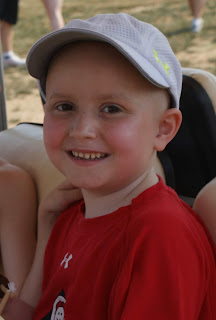 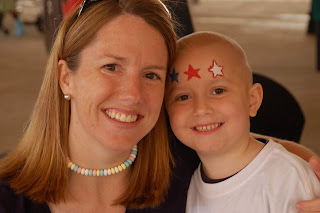