"Daring greatly" is how I would describe two very good friends who showed me today how awesome and inspiring they are by competing in a track meet (something I haven't done since my senior year of college!). More specifically, this track meet is the USATF Masters Indoor National meet held in my "backyard" at the Prince George's Sports and Learning Center in Landover, Maryland. Traveling from Ohio, with solid training under their belts, they each toed the line in the 3000M event (little less than 2 miles) competing in their age brackets. Rosalie set a PR in 12:55 in the 50-54 bracket, and Jodie's race (55-59) had a lack of communication with the lap counters, so unfortunately, she DNF (did not finish-14 laps instead of 15). However, it was not for a lack of trying and putting themselves out on that track doing the hard work of focus and competing every step of the way around that 200M oval.

For me, I was happy to cheer them on, watch their bags and be fascinated that Track and Field affectionados came from every state in the US and Great Britain to compete in this masters competition for the weekend. And while taking this all in, I was amazed at the different levels of competition shown today, as there are a lot of "very fast" men and women still running, jumping (high jump/pole vault) and throwing like they were kids once again. A highlight was a "young" man of 104 years old that competed in the 3000M run and ran 26:30!!! He looked younger than half the guys in his age group: 75-104! Incredible!

Since running has been a connector and "constant" for me since I was a young girl, (track and cross-country), you can bet I met a lot of fine folks along the way, including Rosalie and Jodie. I met Rosalie while competing in high school track, and she ended up going to the same college I did, Bowling Green State University. I met Jodie, who was a sophomore, my freshman year at BGSU and we all ran cross-country and track together (and roommates too!). In fact, the four years I was at BGSU, our team won the CC -MAC Championships with those two track stars leading the way! It was an incredible team effort, and those long runs afforded many of us to form strong bonds of friendship that, thankfully, continues to this day. We are all grateful and cherish our precious times together, which usually involves a run of some sort, today, a track meet for those two track stars! Bravo to Rosalie and Jodie, and good luck on Sunday as they will compete in one more event, the 800M run!

BSoleille! The bright side of never underestimating the power of a woman on the track...their energy and poise is infectious with each flowing step taken! 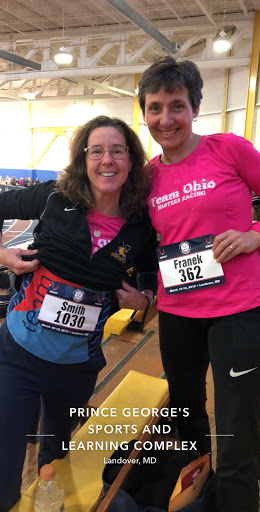 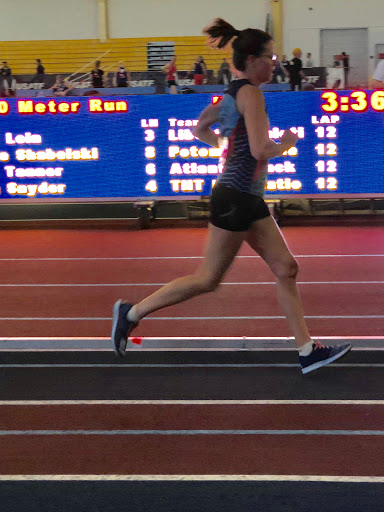 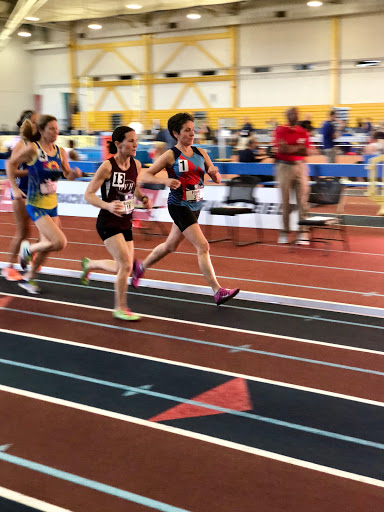