The Gang is Home

I did not write a blog post yesterday due to a FB video posted that was done by our niece, Kristin Tomoff. No, she was not at the event, but due to a diligent Bill Tomoff working his phone in overdrive to constantly snap photos and use the Snapchat app (10 second video snippets), this provided lots of content for Kristin to carve out the "meat" and compose that awesome ESPY video. The girl definitely has talent in putting it all together, with music that fit the occasion perfectly. Kudos and THANK YOU for the hours spent wielding it all together and for the many folks who viewed it to "feel those precious moments", sports fan or not.

The whirlwind few days my guys spent in LA were met with awe and wonder, and very thankful hearts for those that made it happen; namely, Bill Gawne and his contacts and ESPN (ABC). We can't THANK them enough I don't think. Collectively, they quickly put together a trip for a very sport loving and deserving kid. THANK YOU BILL GAWNE!

And lastly, what a difference a year makes, yes? Last year at this time he was just given the "green light" to get out of the house and "do things" following his major tongue surgery at the end of May 2016. This year; walking the red carpet at the ESPY's. Who would have ever thought it could happen? I am thankful it did for sure!

BSoleille! The bright side of my guys meeting many athletes, but their favorites were Israel Del Toro (the injured soldier in Iraq who received the Pat Tillman award), and Chris "Boomer" Berman...THEY...WENT...ALL...THE...WAY...TO...LA...and back now. 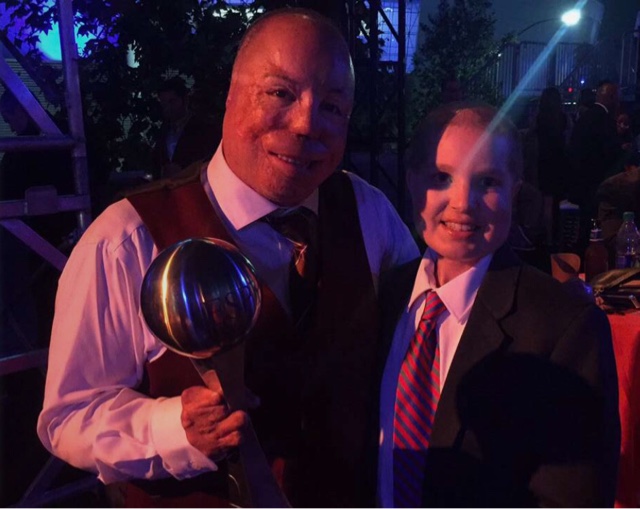 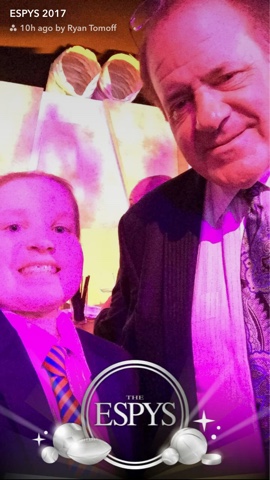 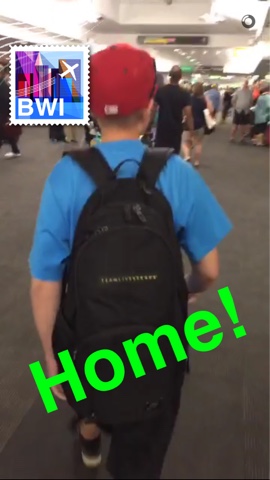