Four years ago, a friend I met through Anne Arundel County School Health, Lori G., moved abroad to Deutschland. Last summer, she and her family moved back to the States (Florida), and today I finally caught up with her "in person", along with our mutual friend, Linda Duret. While visiting with each other, I couldn't help think that through social media (mostly Facebook), and games (WordsWithFriends), friends really can keep in touch and know about the "big rocks" that happen in each others lives. As we know, nothing beats hanging out in person, but social media does play a large part of "being in the know" for big life events, and that is truly very cool.

Unfortunately, the pool day we had scheduled this afternoon was cancelled due to the rain and cool temperatures, but the brilliant idea of going to the movies on this rainy day was just the ticket by seeing the spy thriller; "Atomic Blonde" with Charlize Theron. I liked it even though there was a lot of "bang 'em up and shoot 'em up", and based on the novel: The Coldest City by Antony Johnston. Her character is an undercover agent who is sent to Berlin in the closing days of the Cold War (1989) to investigate a murder...and of course, to clean up the mess left by the British Government. Charlize Theron's character was like a female version of James Bond!

BSoleille! The bright side of social media strong...good enough until you meet up in person once again... 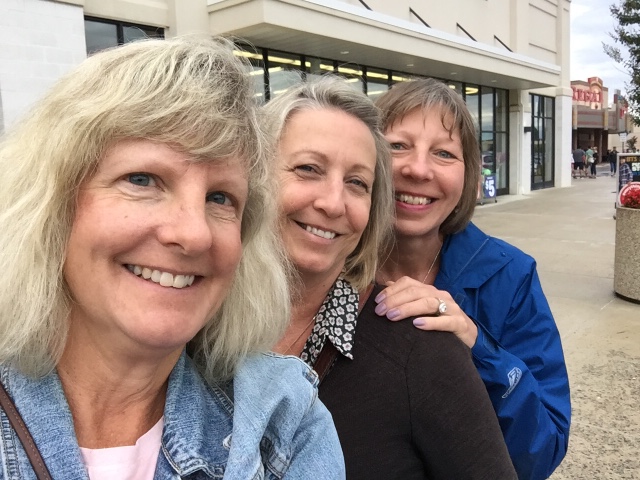