It was 20 years ago today that we moved into our Crofton home. Unfortunately, I was not here that day, as I was hospitalized with Ryan at Georgetown, but "helped" move via phone calls (the old-fashioned kind!). It was thrilling nonetheless, and I am grateful for neighbor Dave Bieler, and my sister-in-laws, Stephanie Godleski and Jan Williams, plus bro-in-law, Paul Godleski, who came to town and became a fine team to get the walls painted and move us in with "grace under fire". No, not really, but there was that carpet guy...and the movers... that they had to direct on where to put things around the house. It was weeks when I got back and had to call one of them to find out where Bill's belts were located, or where they "hid" the tea bags. Everyone has their own way to organize, and I was thankful for the head start, but I had to figure out where everything was laid to rest while I was away.

Fast forward to today, and I've been painting for the past three days. I figured I'd tackle one more bathroom since all the painting stuff was out and screaming at me to be used and accounted for. Those brushes and rollers are sick of being in a hot garage, so I put them to work with lovely colors of Sherwin-Williams (for Josh Franek and Alyssa Kozlowski that is....) that transformed these bathrooms from good to great.

BSoleille! The bright side of a fresh coat of paint, it certainly brightens up everything, doesn't it?
Terri 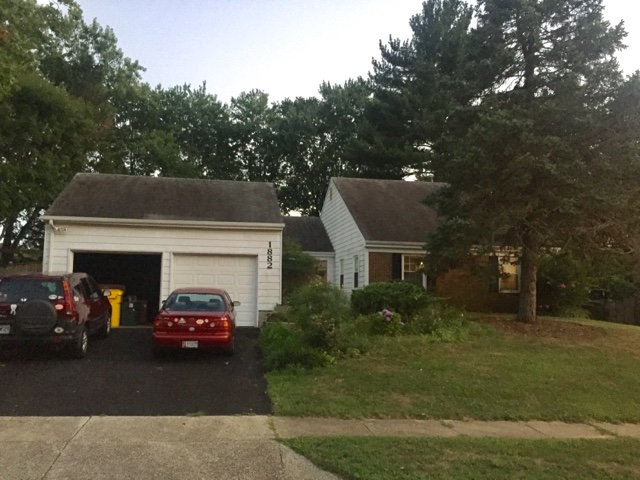 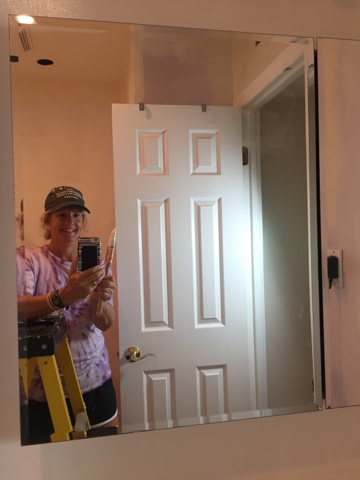 You are doing a fine job. More power to you for even tackling such a large and tedious job.