No matter what, you have got to give kudos to anyone making a Grand Slam event final, and tonight's match between Nadal and Djokovic was no exception. Blazing speed of the players scrambling for balls all over the court and 125 mph serves were the "de rigueuer" of the night. My son and I were clapping wildly at some of the outstanding volleys (one being 54 back and forths; the highest for one point!). This is what makes a true champion, that nitty gritty play and never give up attitude. That distinction went to Raphael Nadal, a well earned victory and the player I favored tonight!
And not to shut out Monday Night Football with the Redskins vs. Eagles, we simply toggled between the two big sports events, but laying emphasis on the tennis.
BSoleille!
Terri
Photo of the match! 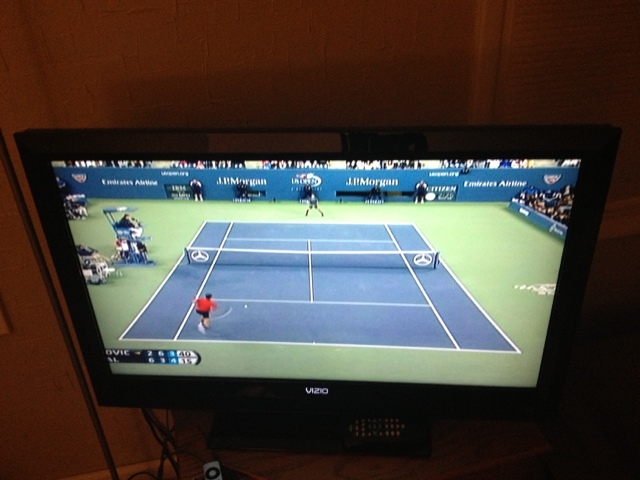