World Cup Soccer with the USWNT

The United States Women's National Soccer Team is on fire! If you were lucky enough to tune into some of their games (in the early rounds), you know how awesome every single player on that team has given their all to play that well and move onto the World Cup Final scheduled for this Sunday. There should be no apologizing for the 13-0 win over Thailand, or any of their "crushing" wins over the other teams in the bracket and knock out rounds. Let's face it, they are super fun to watch and cheer for from the first whistle on those beautiful French fields.

So here's a shout out of Good Luck to take their game and finish the Cup over the Dutch! "The team" is the most successful in international women's soccer, winning three Women's World Cup titles, four Olympic gold medals, eight CONCACAF Gold Cups, and ten Algarve Cups.


Who's tuning in to hopefully see the USA win another World Cup? 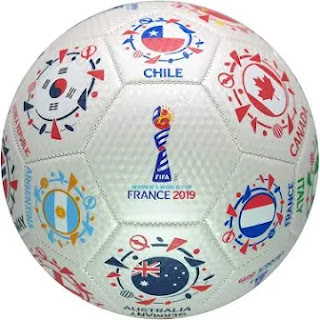