Overlapping Seasons - Caps vs. MLB October Run for the Pennant

In the professional sports world, there is a lot of excitement with the start of the NHL hockey season tonight (GO CAPS! update: Caps WIN 7-0 over the Boston Bruins), and with the MLB playoff's underway (along with NFL too), it seems we have to pick and choose what to watch on any given night. As viewers, it's almost like we have to "specialize" in being a fan for our teams, and pick one or two to follow. Now, with the "overlapping" of exciting games in a couple of sports, there is only so much time...

I guess I will stick with hockey, and peek in on the World Series and the weekly college and NFL games when I get the chance.

And a big shout of Congratulations to the Washington Capitals who raised the Stanley Cup Championship banner on this opening night...with son Ryan and husband Bill beamingly looking on while in the Capital One Arena! 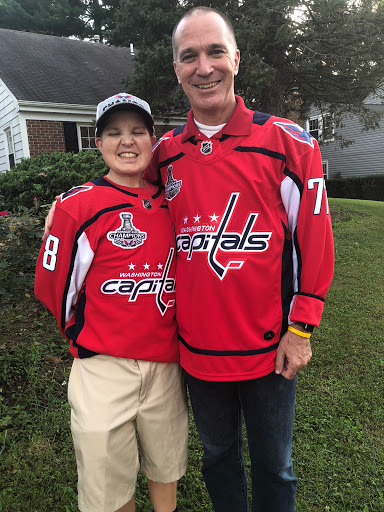 Ryan and Bill heading to game