Greetings from a Space Cadet

I am thankful to have spent the day exploring the Kennedy Space Center at Cape Canaveral with Mary and Steve Nielsen and Susie Stevenson. So much to take in and, of course, the ginormous "artifacts" of space travel in the last 50 years.

My last visit to this complex was in 1978 while on vacation with my family. Disney was our first destination (with only one, or maybe two, themes park at the time), so a trip to Cape Kennedy was on the agenda. Thinking back, our visit was less than 9 years from Neil Armstrong walking on the moon! So much has changed since that last visit 39 years ago, like the entire NASA shuttle program and the International Space Station; really, a "lifetime" in space innovation. One day is not enough time to explore the entire complex, so I hope to return someday and not take another 39 years to get there!

Two highlights of the day: the first one being the short documentary of the Apollo 11 moon landing and the first man/men who walked on the moon (kudos to Neil Armstrong & Buzz Aldrin), and Michael Collins, who had to stay back in the capsule); and second, the meeting of docent Gregory Hale, who asked me if I had a question.... and that opened up an entire conversation of NASA lore. Mr. Hale, now retired, spent 38 years as a quality control engineer that touched every part of 110 out of 135 shuttle missions. He had a "world" of information to tell, and we listened to several of his stories that made our visit so memorable. Interestingly, over 200,000 brilliant folks world-wide worked on the Shuttle program developing new advancements and technologies that has transformed the world over in many ways!

Remember when the space programs were a "race" to the moon between the the US and the USSR? Well, today, it's the "race" to Mars...maybe on the "Orion" (new rocket ship/spacecraft vs. shuttle format), and there is a lot of work going on to make that dream happen.

BSoleille! The bright side of NASA and corporate America (think SpaceX) working diligently to reach for the stars...and maybe even Mars...

Please check out the facility when in the area, you will not be disappointed and actually walk out in awe of NASA and what it has accomplished throughout the last 50 years.
Photos from the day 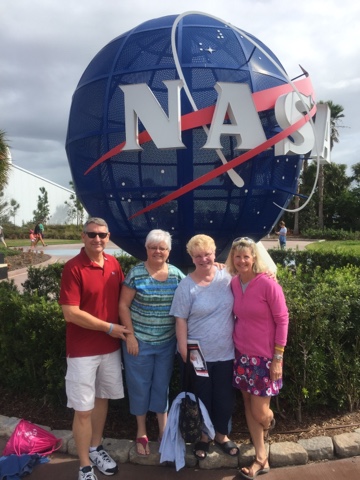 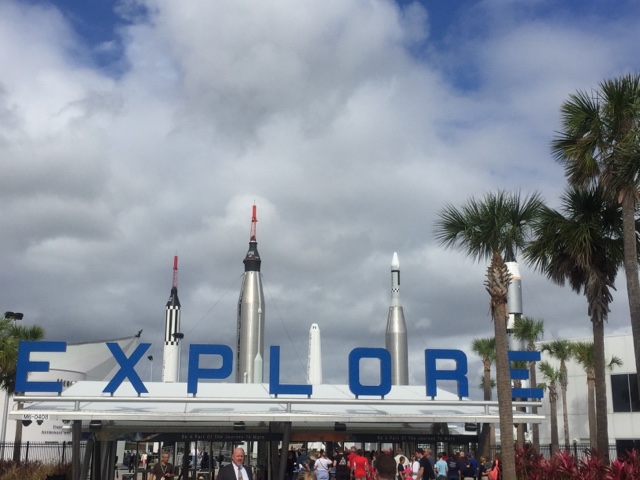 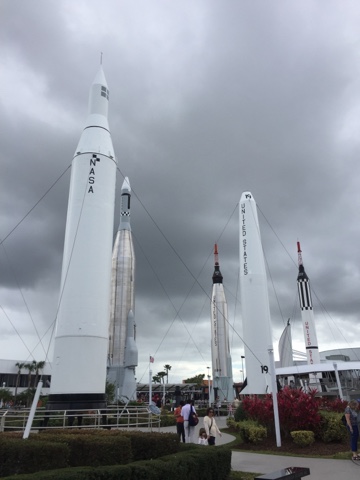 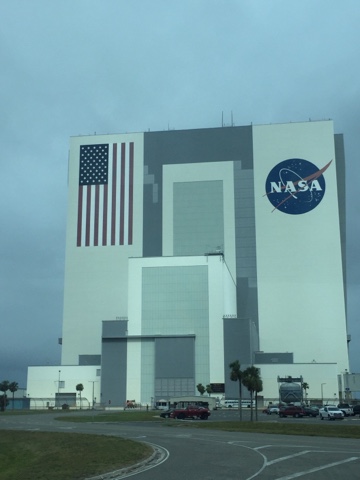 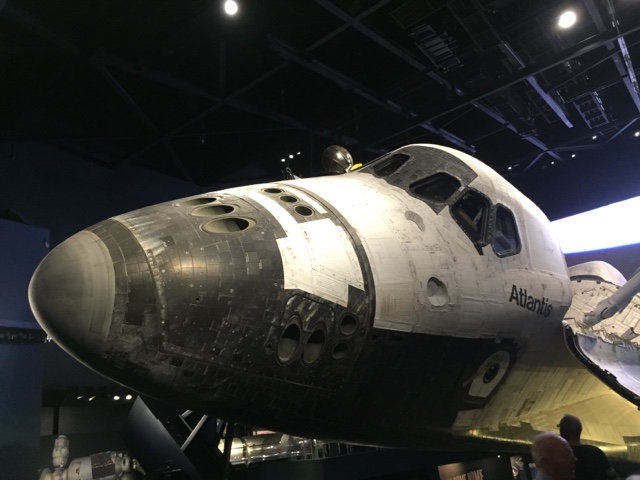 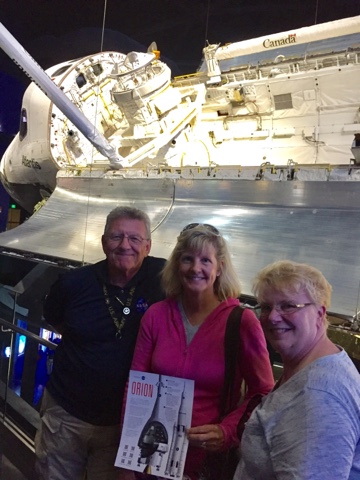 It sure looks like you are having a great trip.