Brandon from the Baysox

A couple days ago, Brandon Kaiser, from the Bowie Baysox, came to visit Ryan on behalf of the entire team! He brought a goodie bag and a signed bat and well wishes from the staff and players. This was all made possible by my friend, Janet McCabe, who called the front office and told them of Ryan's new bout of cancer (Ryan worked four summers as a Bat Boy-his very first job for the Baysox). Janet attended a game over Memorial Day weekend for "Stomp out Cancer Day", and felt that Ryan could be recognized by the organization! They did, and we are thankful for the visit! A big shout of THANKS to the Bowie Baysox and Janet for making the connection!
BSoleille!
Terri
Second photo by Amalia Morousiewicz 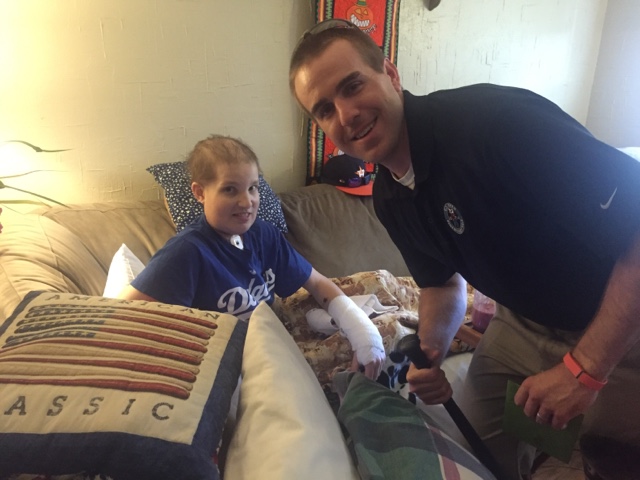 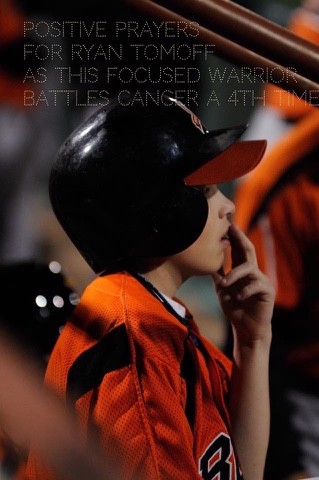