Beach Week or The Big Apple?

Instead of going to beach week (most kids here go after they graduate), my son Ryan had designs on heading to NYC to catch a couple Yankees games this weekend. So in March when the seniors are booking places in Ocean City, Maryland, we were combing through the Yankee MLB website looking for tickets that were priced "reasonably".
So I'm thankful it all worked out for him. Traffic was crazy getting into New York City but that is to be expected and we got to our destination with time to spare in getting to the Bronx.
Too bad the Yankees lost to the Boston Redsox (at least they were as I write this post from the game). And we got to see a grand slam home run, again for Boston, but it was pretty!
BSoleille!  The bright side of my first time in Yankee Stadium!
Terri 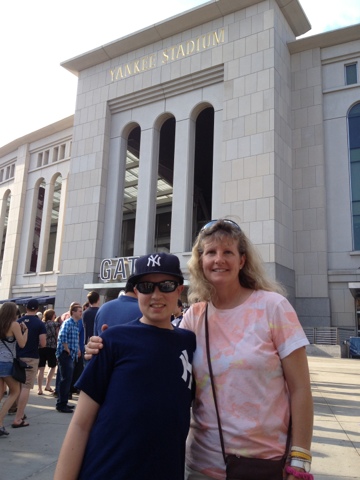 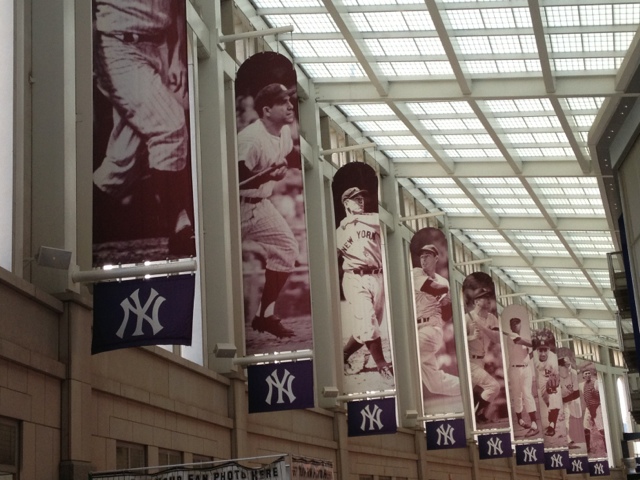 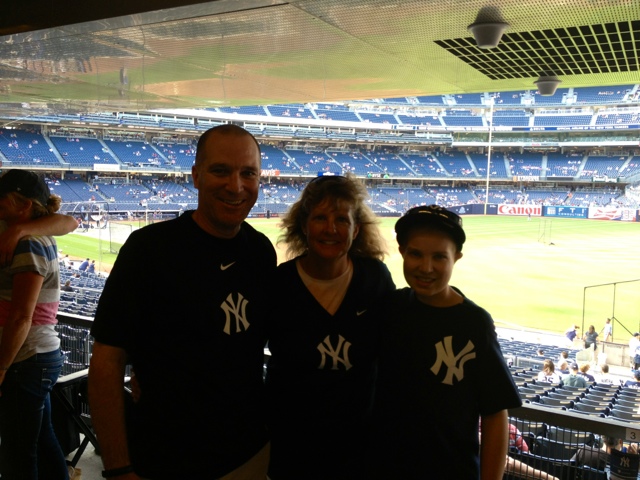