Even though I have many UFO's (unfinished objects) in my quilting world, I would be remiss if I did not include one more post of something "quilty" on this blog. Those great fabrics I bought a month ago have been washed and ready to go. So today I decided to begin a new quilt because my guilds annual quilt show is just three short months away and I would like my idea/finished quilt realized and hung in the show.

However, no sooner than I cut a few pieces and started working and sewing we had a power outage that last almost six hours. That killed my sewing for today but at least I got to start it and I'm thankful for that!

BSoleille! The bright side of starting something new! 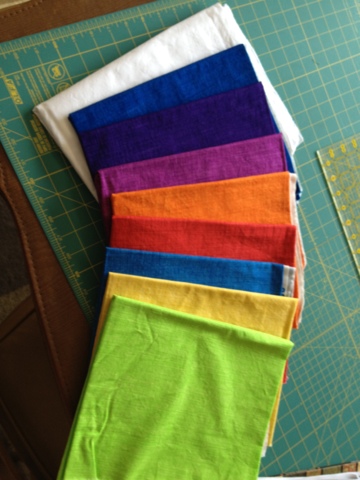