Who Really Controls the Speed Limits on Superhighways?

We can guess that posted speed limits; posted cameras and the State Highway Patrol in each state dictate how fast we all should be going on the highways and turnpikes, right? But think again, it's really the 18-wheelers rollin' down the highways that can control the traffic better than all of the above. Think: "breaker breaker 19" or "convoy" for the ultimate "control." It seems to me when there are a lot of truckers on the roads, with a few "crazies" driving too fast and weaving in and out, they put the kibosh to all those road shenanigans quickly.  At times it's warranted, but the drivers who follow the rules of the road pay for those crazy few.

Maybe it's for the best, as they probably keep us safer than if they did not do a thing to stop it. 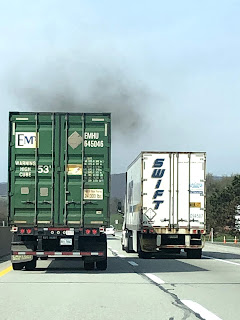