Automobile ownership is quite a privilege, but definitely costs hard-earned money to keep them running well and filled with gasoline. So when the notices start trickling in about a recall, especially an airbag recall, I figured I needed to "tune in" (no pun intended) and get the vehicle to the dealer ASAP.

After the second notice arrived, I finally tried to make an appointment. I had to leave a voicemail on the service department's answering service since they were "experiencing a high volume of calls" at the time I called in. And so I waited for the return call so "we" could make an appointment to get the airbag replaced. A few weeks went by and I/we heard absolutely nothing back. I then called once again, and this time reached the service desk and scheduled the appointment without incident.

Once I arrived at my appointed time, I explicitly indicated on the form (needed a signature) that I do not want any additional services; please only install the new airbag.

While in the reception area for just about 10 minutes (I decided to wait the couple of hours), I received a phone call from this same dealership (didn't think it had anything to do with the install). I was correct and erred on the side of not not answering the call. A message was left indicating that they wanted to purchase the vehicle that was being worked on! Huh?

Once the vehicle was done with the new airbag installation, or at least I hope it was, the technician called me over and began with a litany of items that I "must" get done soon. If I didn't know better, I probably would panic as he made it sound daunting if I kept on driving it. So was it really about the airbag? Or more business? Hmmm

Thankfully, I went straight to our mechanic afterwards and had him check on the "list" from the dealership which he deemed....hogwash... (he said more explicit words...).

The very next day I received another phone call from the dealership following up on the service, but I let that call go to voicemail as well. Later that day, an email was sent indicating how important it is to get the additional services recommended.

What I want to know is this. Are the recalls legitimate? Some must be, but it sure seems fishy with the incessant calls and emails following the free air bag installation. Could this be a way to infuse additional revenue sources by scare tactics used to everyone who wants to remain safe while driving their vehicles?

BSoleille! The bright side of driving safe cars and trucks! 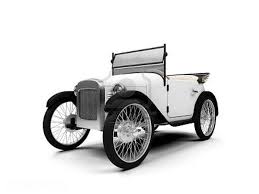 The auto manufacturer (GM, Ford, Toyota, etc.) and/or NHTSA (National Highway Traffic Safety Administration) are the ones who decide if there will be a safety recall and what must be done to fix the issue. Safety recalls are not a good thing for the auto manufacturers because they have to pay the dealerships to do the fix on the vehicles. And also because it doesn't look good for their vehicles to have a lot of safety recalls.

Dealerships (which are independent businesses from the manufacturers) LOVE safety recalls because they not only get the business from doing the fix on the vehicles (which the manufacturer pays for), they also get the opportunity to make a pitch to all those people who bring their cars in to do other maintenance work (like what you experienced). But the dealerships have no say in whether a safety recall will be issued or not.