What a difference a day makes, especially weather-wise in many locations, including Crownsville, Maryland, where the Women's College Showcase Tournament played out this past weekend, hosted by Maryland United FC. The soccer was fast and furious, just as I like it, and the teams from Maryland, Virginia and Pennsylvania were incredibly good. The teams come from some of the best clubs on the East Coast, and it was an honor to referee seven matches in this tournament.

I was thankful to be a part of a wonderful crew of referees all weekend long. We count on each other and try to do our very best with each match, no matter if we are the center referee or assistant referee (sidelines). We are considered the third team on the pitch! 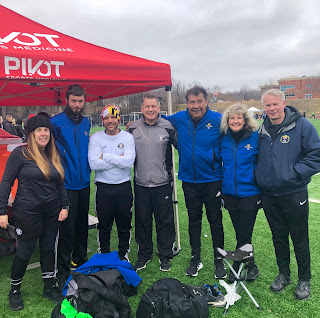