Sun, humidity, lightning and rolling thunderstorms were just as fast and furious as the soccer playing at The Columbia Soccer Tournament in Columbia, Maryland. However, due to the big late afternoon storms rustling through the area (rescue crews were sent in not far from the fields in Elliott City), our later games were cut short or not played at all.

However, I’m thankful for the chance to referee with my buddy Julie Whittington, where we are assigned to do 16 games before the "end" of the weekend, but we shall see.

Here’s hoping a good kickoff to the summer, despite all the crazy weather in a lot of areas across the land. It’s got to get better with blue skies and sunny days ahead, I’m convinced it’s in our future(s). 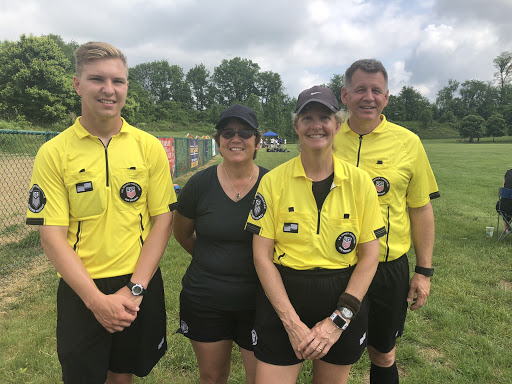