On the road to lifting the Stanley Cup, the Caps clenched a 4-0 victory over the Tampa Bay Lightning tonight and won the Eastern Conference Championship! Wooohoooo!!! We are very excited here in Washington D.C, and in my home as well. The entire team showed know-how and grit on a new level, and star player, Alex Ovechkin played with skill and will and never let up all three periods. As a captain, he certainly lifted his players to play at the highest level they are capable of and secured the win with a bonafide "blow-out", as Tampa really never had the chance, let's "face" it!

It's back to business with the next round against the inaugural team: Las Vegas Golden Knights. If you are a hockey fan, I know you will be watching all the action in this fast paced and exciting game. It's been 20 years since the last run at the Cup (1998 - as the Caps were swept by the Detroit Redwings in four. I was lucky to attend the fourth game and was, of course, disappointed in the sweep!). So, Let's Rock the Red in 2018!!!

BSoleille! The bright side of playoff hockey! 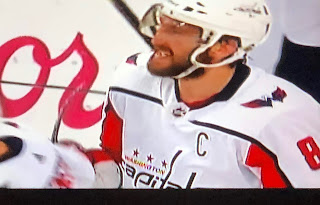 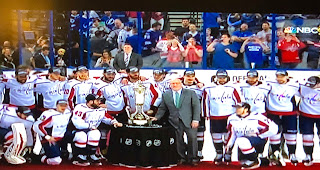