According to Siri, "Old Man Winter" officially begins December 21st, this Wednesday. It ends, March 19th, 2017....Fasten the seat belt if living in a region that gets a "wintry mix", which, according to my friend, Hp, is a euphemism for "really sucky weather"! And so begins the dance of inches...snow, and it's companion....ice. I am really not a fan, and do not ski, so those numbers mean nothing to me except terrible driving conditions around the Washington/Baltimore Beltways. Many regions across the country have been digging out of lots of snowy conditions, and accidents (some fatal, sadly) abounds. But for a moment today, I stopped to take a few photos of the icy branches bestowed on by "Old Man Winter", just a little early in the calendar, though trying to hang onto fall as long as possible. I think we all have to wave the proverbial white flag, and let it snow, let it snow, let it snow; as the holiday song goes, whether we like it or not. 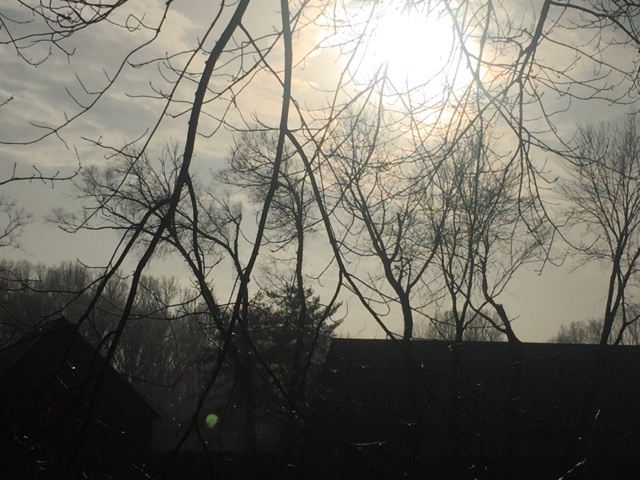 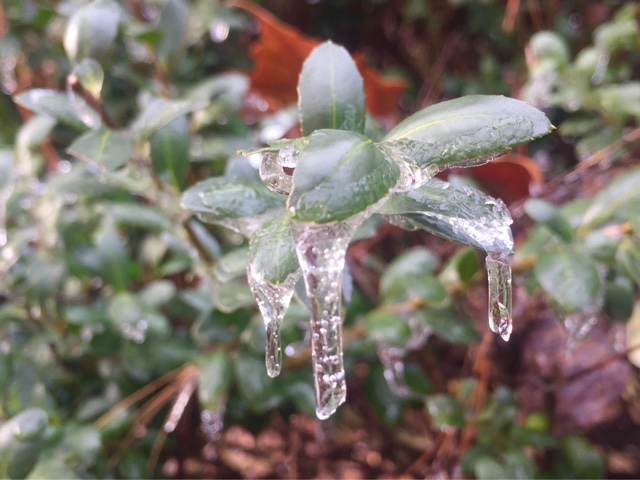