Say Yes to the Dress and Then

A NeedleOnFull customer, Donna Bartlett., commissioned me to turn her Mother's 1947 satin wedding gown into six heirloom pillows. This project really stretched my sewing and quilting skills, but the most daunting task was taking a pair of sheers/scissors to make that first cut into the beautiful dress. I swear I heard a faint "oh no" from the dress just as I made that first careful cut into the very long train. The second cut was not as bad, whew! And as I methodically continued to cut, quilt and sew the pillows, the significance of the legacy of the woman who wore the dress bore into my heart and soul, knowing her daughters and her daughter's daughters will each have a keepsake of that special day almost 60 years ago. I am thankful I played a small role in keeping their legacy alive.

I would be remiss if I did not give a shout out of Thanks to my go-to embroidery gal, Sheila Walker, who beautifully used the best font she had from that era to craft the bride and grooms' names and wedding date label for the front of the pillow. It all came together so splendidly, I am giddy and thankful for this unique successful project!

Photos of the dress... and then the pillows. 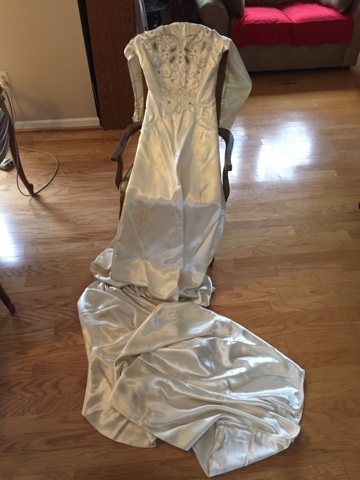 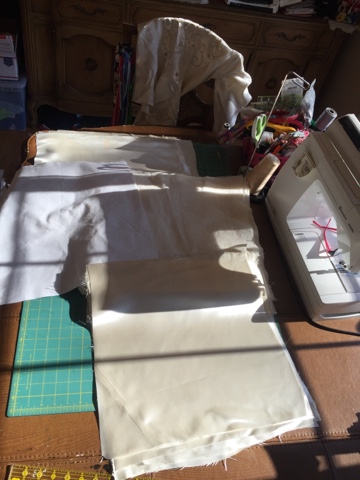 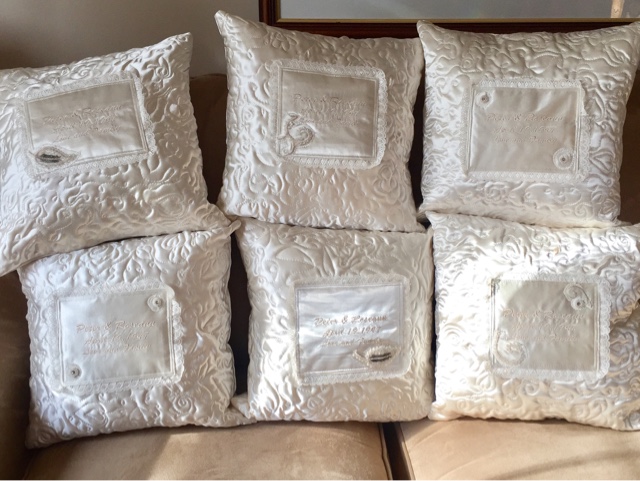 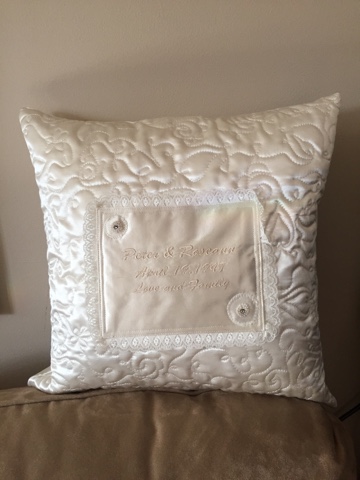 Terri, they are beautiful.