This day started out humble enough as we met Angie and John Kozlowski in Bethesda, MD, to ride the Capital Cresent Bike Trail through Maryland, DC, and Virginia. Over 20 miles total on a glorious morning. However, many people had the very same idea so the trail was crowded. But that did not deter our ride as we simply announced ourselves in passing others. Angie was a great announcer on the ride even when encountering a couple sourpusses along the trail.
And the final "announce yourself" was the USA Women's National Team who simply showed up and announced to the world in 15 short minutes, especially Japan, who was the best team in World Cup Play 2015!  Fantastic!!! Carli Lloyd MVP!!! All kudos to the winning team...selfless. I am thankful in seeing hard work pay off for those 23 young women. Cheers!
BSoleille! The bright side of bringing the
Women's World Cup back to the
USA!🇺🇸
Terri 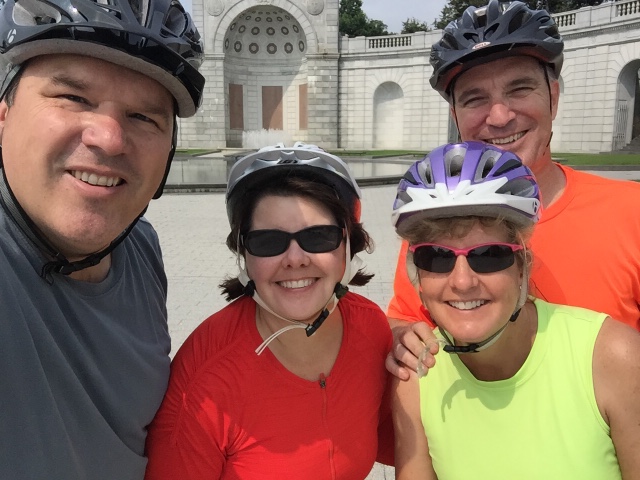