College hoops this time of year is spectacular, especially the "Round of 64" tournament, with its exciting, fast-paced play,  and a plethora of players that will not quit until the last buzzer sounds!  The pure "madness" of it all makes it all the more compelling for a sports crazed nation.  The "bracket busters", or the 13th seeds beating the 4th seeds, makes it all the more fun, and nerve-racking to those in pools for $$ or just for fun.  I am in the latter group.  I usually pick the underdogs, but "cheated" this year, and selected more high seeds to win their games.  So that is not going to good for me after today's games thus far!

The big question - will the  darling Kentucky Wildcats run through the tournament flawlessly?  It's never been done since the NCAA expanded the tournament to 64 teams in 1985. That fact alone makes it hard to root against them,  and it would be very cool for them to go 40-0! For the pool,  I excitedly filled out two of the tournament sheets; the first one I picked Kentucky to win it all because I love the "Cinderella" story and the fanfare of it all, and for the second sheet, I picked the "underdog" Duke Devils to take home the trophy.  The next couple weeks will be fun as we circle or cross off winners and losers....may the best team win!

BSoleille!  The bright side of March Madness and all it's glory! 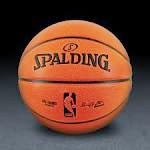