Between working on "serious" quilts, there was a lot of "monkey business" going on this entire day of retreat. By dinner time our monkeys were in various states of completion, but afterwards,  those half done (er, baked?) monkeys took on lives and personalities of their own!  Mine became a "Bandit" and the name stuck. He and I got "arrested" by the quilt police due to too much "monkeying around", but quickly released because "Buffy" posted bail (she's in pink w/bow and green dress).  Funny, my crew was deemed the "misfits", as the "Hear No Evil, See No Evil and Speak No Evil" crew were considered the "cool monkeys" at the end of the day. Way too much fun and giggles all around while we were crafting their personalities.
BSoleille!  The bright side of some "serious" monkey business!
PS "Misfits" also includes Good Girl Wendy w/ the red hair.
Terri 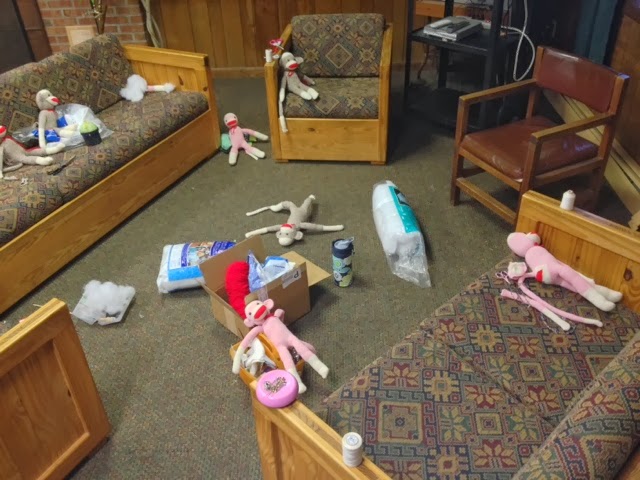 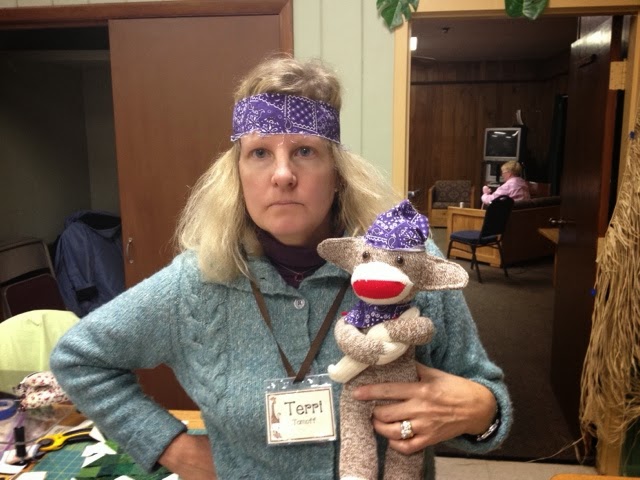 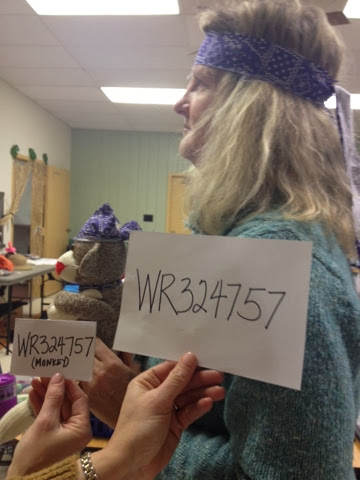 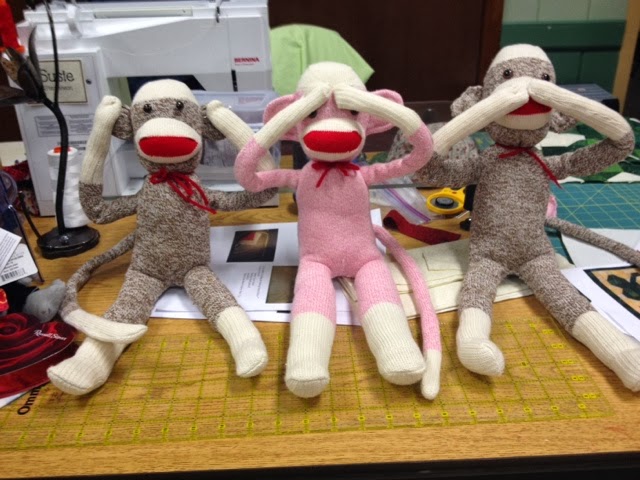 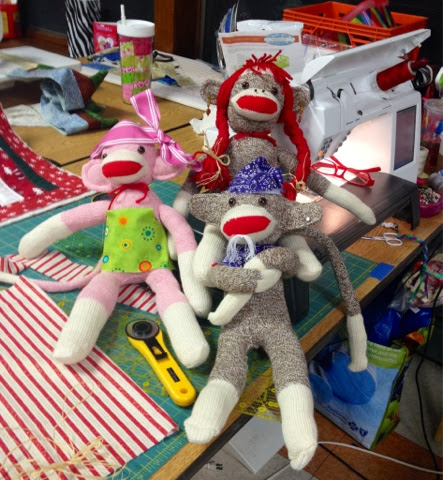 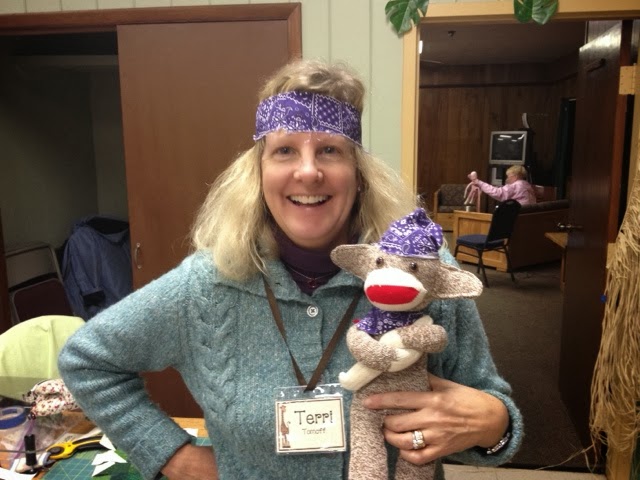