It was parent "day" for us heading down to JMU for an early tailgate and football game at 1:30. A big win (40-13) over University of Albany and a visit with "The Best Daughter" made it an awesome day for sure!
But I have to make one comment on the football team that was quite heartwarming to me. After each game, whether they win or lose, the entire team runs over to the end zone to "salute" the Royal Dukes Marching Band as a thank you to the band. They stand and sing the school's alma mater word for word and I think this is a fantastic gesture on the entire teams' part. I also believe the band works just as hard as the football team does too!
And FYI, this band will be one of the two college bands that have been selected to march in the Macy's Day Parade on Thanksgiving!  Go Dukes....
BSoleille!
Terri 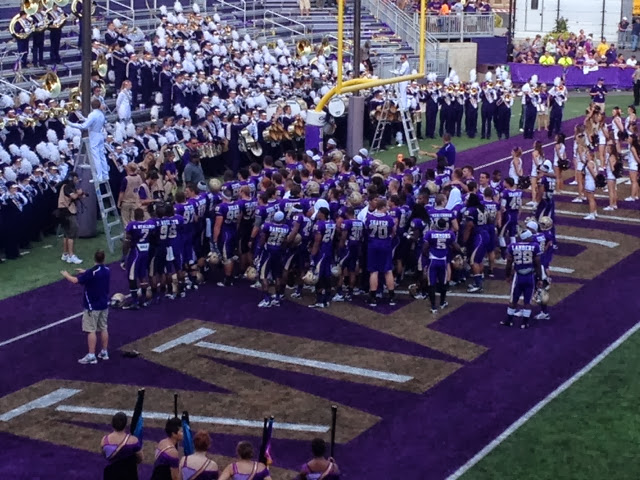