The Dilemma: Cell Phone or Wallet?

When you forget your wallet, you can't buy anything...or could you? If you have Apple Pay set up on your phone, pay away. But...if you forget your phone someplace (and it's not lost....that's an entirely new topic), panic can set it just as much. Today I was quilting at Karen's house and she had to leave (for a class), and so did I (dentist appointment); but I planned on going back to finish the project I was working on. I left her house with my purse and keys and my phone resting safely on her staircase. That phone had the garage code she had sent to me to get back in her house; however I never even realized that I did not have my phone until I got to my appointment. Deep breath, and another one for "good measure."

As I sat in the dental chair, I wondered how I was going to solve this dilemma. By the time my appointment was over, I had my answer. I decided to go to another bee-mates home (Susie), (and hoped she was there) because she would have the information I needed (Karen's phone number). Sure enough, she was home and we "dialed" Karen who knew exactly why we were calling her. She laughed as she answered her cell phone and mentioned that I drove away before she realized where I left the phone, and, of course, she did not know where in Bowie, Maryland, I was going to, so she could not help me in the least.

What the realization is, we've really become super dependent on our phones, maybe to a fault at times. But I wouldn't give it up (we drive instead of riding horses nowadays too!)...ever! The cell phones of today are way too convenient to give up and basically an extension of our hands! Although that phone laying on Karen's staircase for an hour certainly could not "walk out and find me", it is still compelling enough to own and use!

Another last thought, I believe we must "memorize" several cell phone numbers of our family and a few friends so we can reach folks in emergencies and non emergencies if and when the time comes we are without ours...

BSoleille! The bright side of having cell phones and the technology that goes along with it. 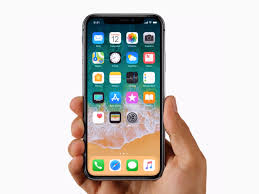