Oh what a year! Ronald Reagan was elected president; average cost of a new car $7200; and gas for that new car would have cost $1.19/gallon. We had 226,500,000 million people living in the USA according to the 1980 census; the USA hockey team beat the Soviet Union in Olympic history in Lake Placid and labeled "Miracle on Ice"; and John Lennon was shot outside his NYC apartment.
It was also the year I graduated high school and began college in the fall, and my favorite game came out in the arcade called Pac Man (where all my quarters made it into!)
So while at the mall this evening to get a few watch batteries, I could not help smile when I saw this 1980 T Shirt in one of the stores...memories!
BSoleille! The bright side of reminiscing back to 1980.
Terri 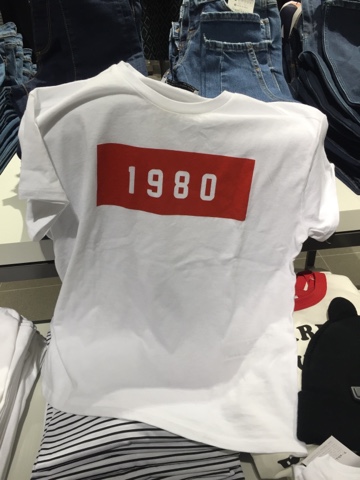