Thirteen and a half years ago (Fall of 2001) the kids and I selected a fat little poodle-mix puppy and named him "Lucky". This happened after serious negotiations with my son's oncologist, Dr. Shad, where we "argued" that Ryan "needed" a cute little dog for convelesing after finishing a relapse protocol for Leukemia. Thankfully, she gave us her blessing, and that little guy earned his keep in so many ways.
"Lucky", for an 18-20 lb. dog, was kind, funny, gentle and a little rascal when he wanted to be. He played ball with tennis balls for hours, rang bells to be let out, loved other dogs and people, and never once complained of a bad grooming job by yours truly. He could also run four miles with no problems, and the last couple years, go for long walks with ease.
He loved to cuddle with anyone on any of our sofas, but his true favorite, was hanging out with my son Ryan. Somehow he knew just when Ryan needed extra care (aka doggie attention) or cuddle time after a long day of cancer treatment. He watched thousands of hours of video games, plus football, the Olympics, CAPS hockey and any sport Ryan had on the TV. We eventually had to start spelling M-O-V-I-E because the dogs would race to the best spots on the sofas and leave us on the ends (instigated by the Luckster)!
Over the last several weeks we knew he was not himself. He lost interest in eating, walking, playing and even barking. A blood test confirmed our fears, he was in renal failure. Dagger.
Lucky was a great family dog, and we all loved him unconditionally like he loved us. We are blessed we had the spunky guy for 13.5 great years.  He will be terribly missed!
"Lucky" 9/25/2001-5/14/2015 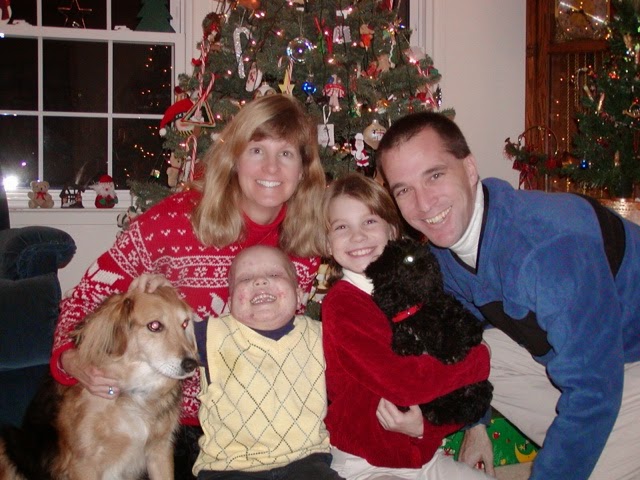 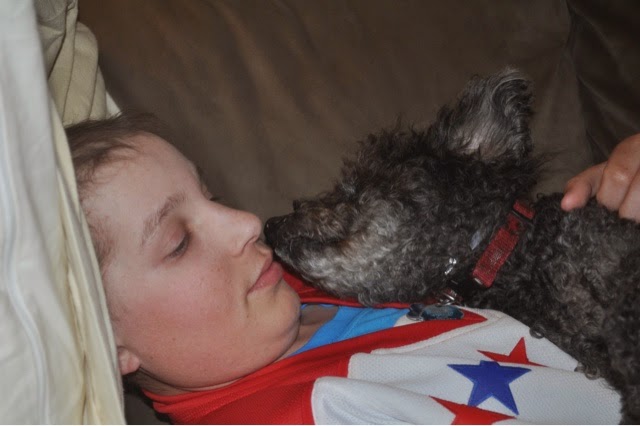 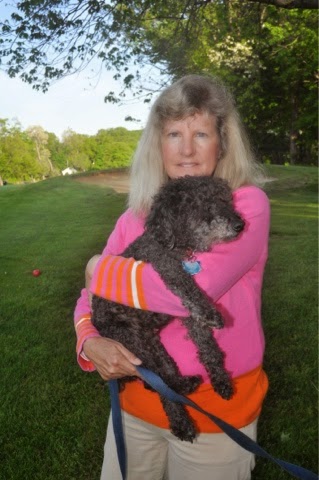 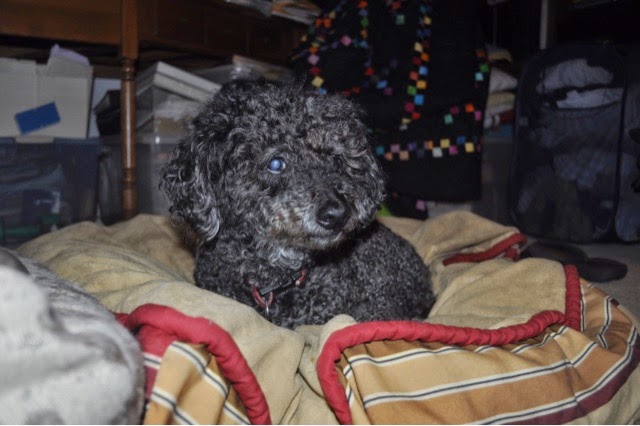 So sorry for your loss Terri. R.I.P. Lucky