I am sad to say that one of my "old-bee mates", Lori Costello, passed away quite suddenly last night.  We were a part of the Piecemakers Bee that celebrated 10 years of being together every first and third Wednesday of the month just a few years ago. Not only was Lori a great quilter, she had a terrific sense of humor and wit, and  kept us all in "stitches" with her one-liner comments!  While a member of the Southern Comforters Quilt Guild, she held the office of Vice President, went on several retreats, and made fast and lasting friendships with many members through the years.  And though Lori encountered numerous health problems in the last few years, she tried to quilt and sew as much as she could, which hopefully, alleviated some of her pain.  Prayers going out to her three grown children, and she will be sorely missed by many!

My photo is of Lori at the 2012 Southern Comforters Quilt Show! 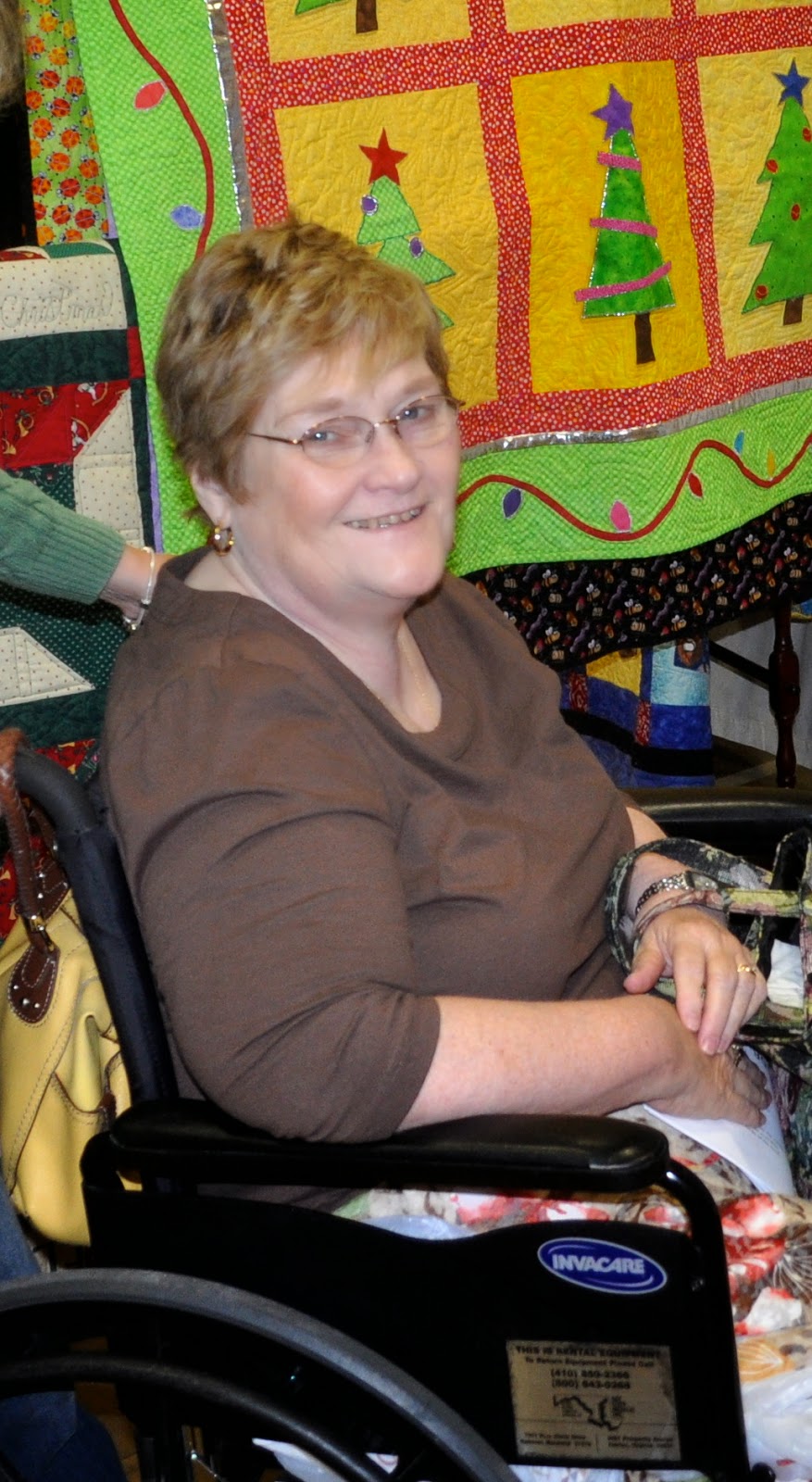