This weekend the CCC'S are the Cleveland-Crofton Cousins getting together in Crofton and DC for the Cherry Blossom 10 miler on Sunday!  An early drive in for Shelli (first cousin) and her daughter, Katie, made arrival time lunch time which we did in downtown Annapolis. A stroll over to the Naval Academy revealed a brigade parade (which we missed), but we did watch them all march back to Bancroft Hall in uniform and unison!!  I am thankful to share the moment with my cousins for it was their first time on the campus.
BSoleille!  The bright side of a parade!
Terri 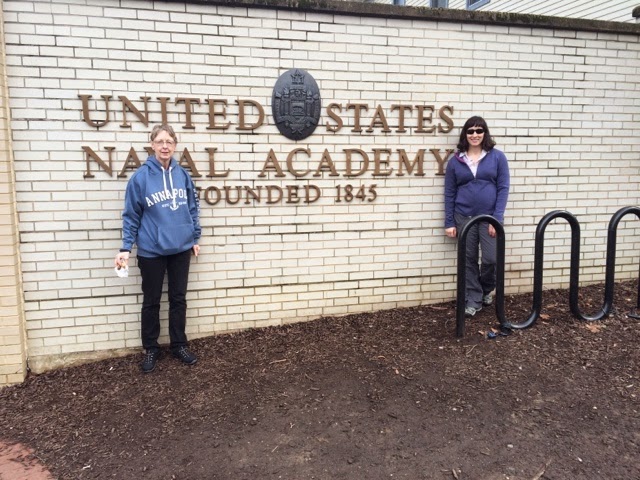 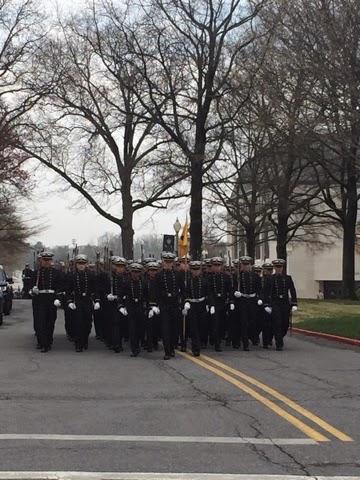 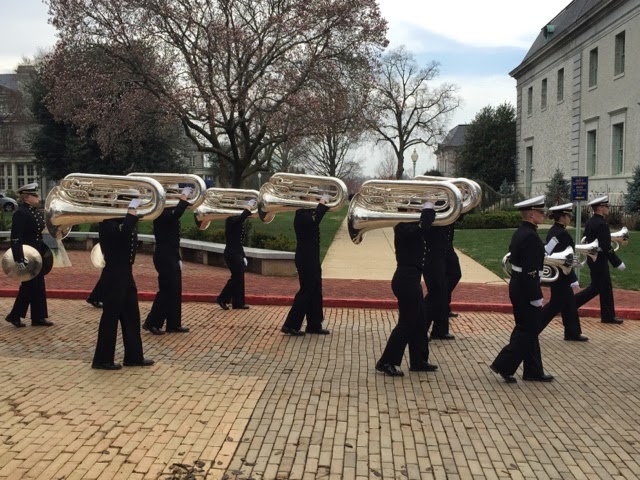 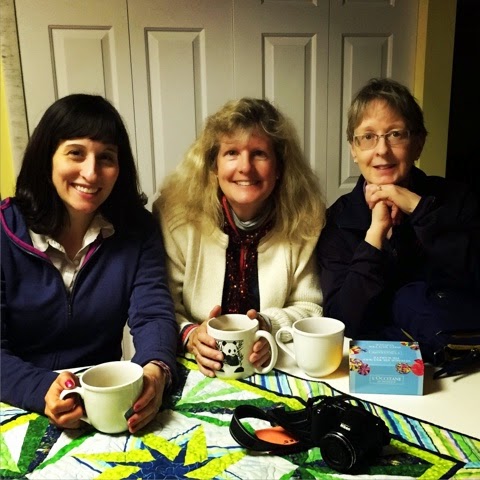