"One Country, One Destiny"

Last summer I got interested in the "Killing" series of books by Bill O'Reilley and Martin Dugard.  "Killing Jesus" was the first one of the series I listened to on "tape" with Linda Misencik while driving out to Colorado. Currently, I am listening to "Killing Lincoln-The Shocking Assassination That Changed America Forever" that I will finish tomorrow. What is so cool about the series is the depth the authors go to educate the masses on very historical material in a clear concise manner.
As much as I love history, I do not think I was paying as close attention to the details of what I am learning now. Interestingly, in "Lincoln", it is estimated that 30 million people viewed Lincoln's body as it layed in state as his body travelled from Washington to Illinois (and that would or could never happen today); that 87 Union soldiers died in the Potomac River trying to capture John Wilkes Booth, and the Ford's Theater play, "Our American Cousin" was what Lincoln and his wife Mary went to see the night of his assassination.
The last one of the series is "Killing Kennedy", and that one should be quite interesting!
BSoleille 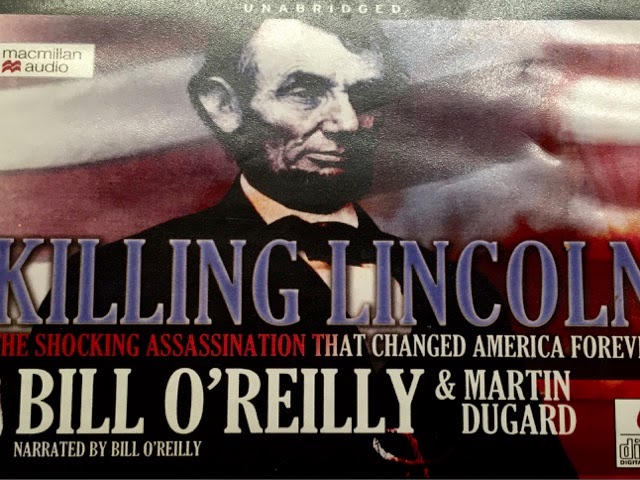