My future ceremonial coin tosses were just enhanced by a coach from a high school varsity boys team I officiated in soccer this afternoon. He beamed with pride as he walked over to me and the other referee as we were getting ready for our game when he pulled out two armed forces coins and gave them to us. He mentioned that he used to ref, and claimed he never had a coin for the toss, but wanted us to have these shiny new ones. An act of kindness for sure, and I am thankful for that!
BSoleille!
Terri 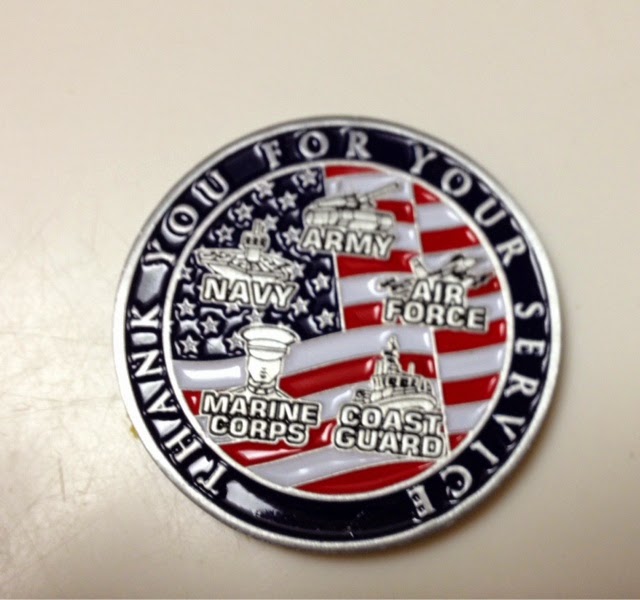