During my trips to Kelley's Island this summer, I had a double take of some "barn art" I saw "hidden" in plain view. Revolutionary intellect Che Guevara could not be missed. Apparently, his painting on this barn brought controversy   to the islanders (no doubt). And though  he was a curious character for many years by basically having a "Robinhood" attitude of helping the poor and poverty stricken, he was tied up with Cuban socialism and communism that was frowned upon by many back in the day. He was eventually shot by the CIA in 1967.
This "barn art" of Che is not something you see every day, so I had to take a photo (two, really).
BSoleille!
Terri 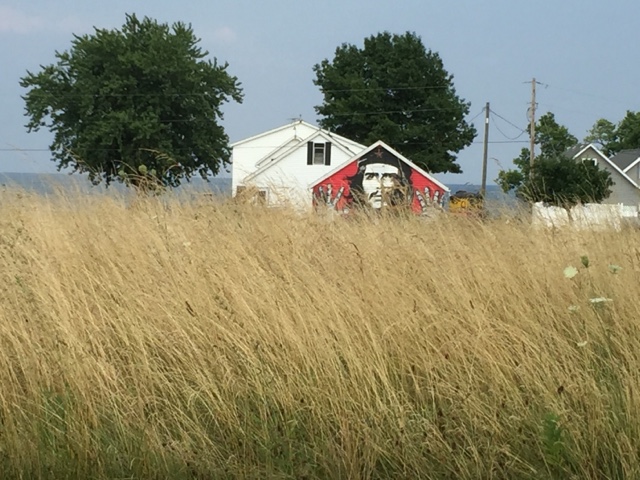 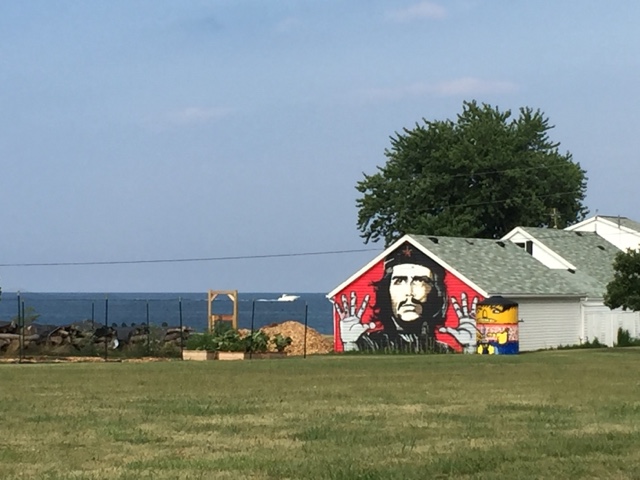 That’s amazing .. I saw that artwork too but I thought it really would be more impactful if it faced the lake for the boaters to enjoy .