You have probably seen a Border Collie get into a crouch position, and "walk" deliberately to herd cattle, kids or sheep, so while refereeing a U18 Girls game this morning, the cutest black and white Border Collie "chased" the game ball around the entire perimeter of the fence including the players. The crowd of parents cheered when the ball was kicked over the fence and this dog gracefully darted toward it to "retrieve" it, albeit with two punctured marks on a couple of balls. I finally started asking players if this dog belonged to one of them, and sure enough, it belonged to the away team's forward (this dog was also eyeing her and following her every move on the field). I never saw anything like it, and unfortunately, did not take a photo of him either. I am not sure if the parents from both teams cheered more for this cute dog than they did for their daughters (though no player seemed to mind!)
BSoleille!
Terri
Photo of Lucy Loo near a fence (close as I could get to something like I saw this morning). 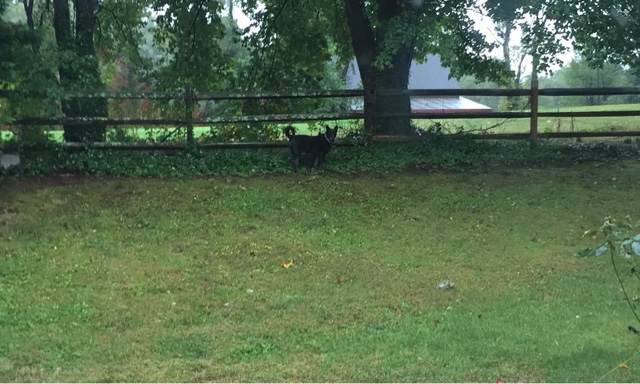